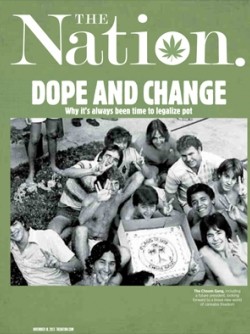 Zuckerman lays the blame not only on profit-hungry growers but also on the federal government, saying, "prohibition sabotages efforts to reduce the industry’s environmental damage."


The rather ubiquitous YouTube video above, produced by Silvaggio and an HSU grad student using Google Earth, is addressed (and embedded) in the story, which is well worth a read. Below are some choice quotes: