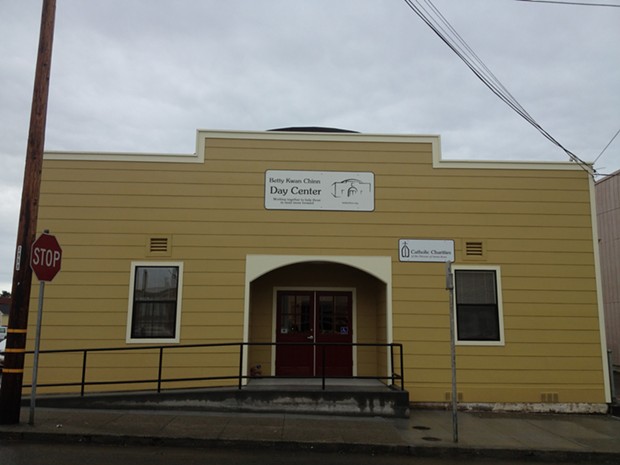 It's crisp, it's clean and it smells like fresh lilies in here — and there they are, two big bunches of loveliness sitting on tables inside the spacious main room of the new Betty Kwan Chinn Day Center on the corner of Seventh and C streets in Eureka. A bank of computers lines a back wall. In the adjoining "hire attire" room, a rack of clothes (men's and women's), purses and black shoes await newly work- and interview-etiquette-armed wearers. From somewhere in a back room emanates a cheerful mix of music, shouts and construction sounds. The center, which had its grand-opening ribbon cutting last Saturday, isn't quite finished. But it will be ready to deliver some services on its official opening date, Nov. 18, said the center's program manager, Mark Amacher, this morning. Amacher was in his office, attending to paperwork and recovering from the intense, busy past days leading up to the grand opening. He said the services that will be available at first include mail (clients can use the center's address to send and receive mail), phone use, computer lab access and light case management. By December, he said, more services should be available, including the "hire attire" program, a children's program and mobile medical services from Open Door Community Health Centers. 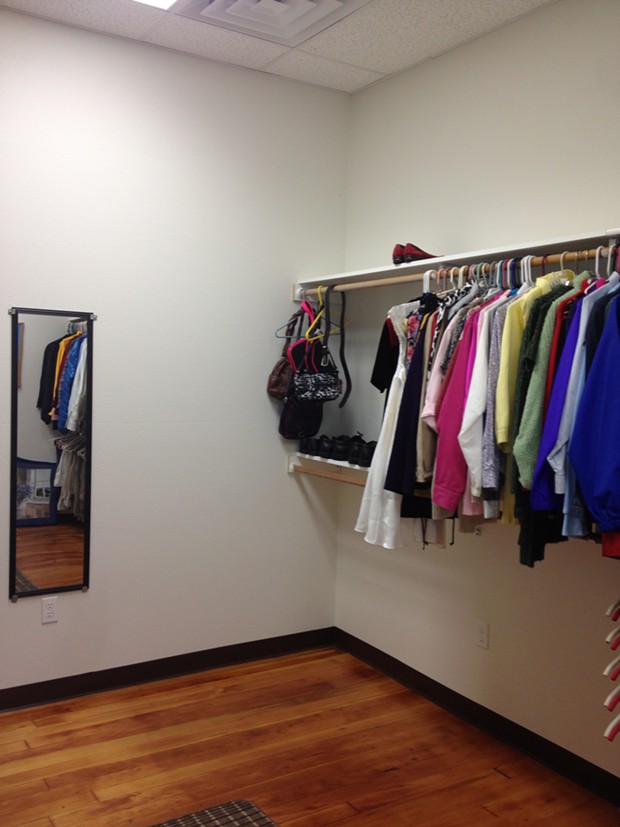 Amacher said Chinn, he and others have been going into the homeless camps to tell people about the new day center.

"It's all been positive," Amacher said. "Everyone's really excited to have a place and gain services."

There's an open house this Saturday, Nov. 16, for everyone to check out the center, which is a project of the Betty Kwan Chinn Homeless Foundation and Catholic Charities of Santa Rosa. It's from 10 a.m. to 4 p.m.