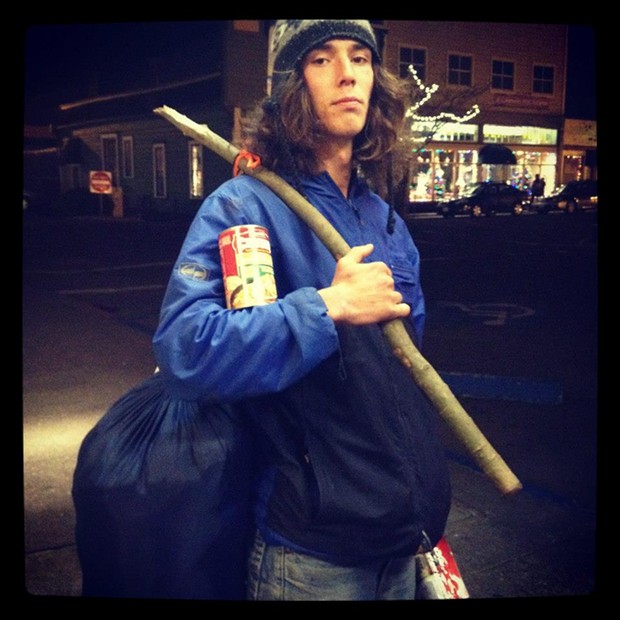 Caleb McGillvary, who called himself "Kai the Homefree Hitchhiker," charmed and alarmed us when he burst on the news scene with his ax-wielding heroics and then made it onto the Jimmy Kimmel show. For a spell, before going east, he hung out at the Arcata Plaza and up at Humboldt State University, and he called Eureka his home.

Philadelphia Magazine's got the latest.