November 22, 2013
3 comments
The hilarious and poignant picture below, which was submitted to Reddit by user "Galaga88," has racked up nearly three-quarters of a million views in just 15 hours. The heading reads, "My dad died yesterday. But he had his priorities straight before he went." 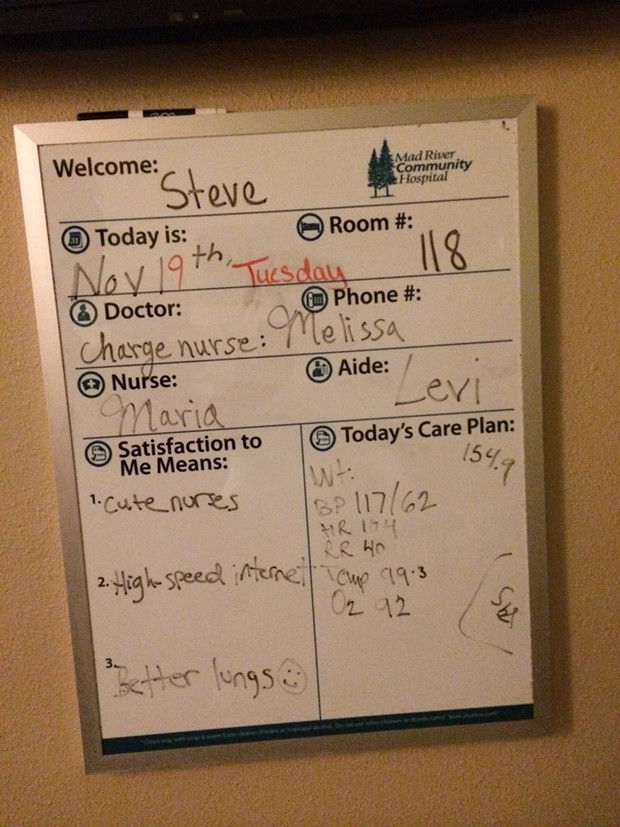 Note the hospital logo in the upper-right corner. And if you have a few minutes, check some of the comments. The top-rated quip? "How fast was the Internet?"