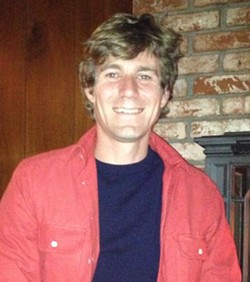 Looks like former Eureka City Councilman Chris Kerrigan is ready to pursue his second act on the city's political stage. Kerrigan, who was just 20 years old when he was first elected to represent Eureka's 4th Ward back in 2000, tells the Journal that he'll be running for mayor next year, challenging incumbent Frank Jager.

"I think Eureka needs some positive change and positive vision," Kerrigan said by phone this afternoon. "I plan on putting together a set of policies and proposals that meet that vision."

His candidacy should inject some drama into next year's election. Back in 2004, Kerrigan defeated now-supervisor Rex Bohn in a campaign that got rather ugly, revealing a bitter political divide in Eureka.

If anything, that divide has only expanded in the intervening years, and with the upcoming appointment of Chester "Chet" Albin to represent the 5th Ward, the council is leaning farther right than it has in recent memory.

But Kerrigan said the issues facing the city go beyond partisan politics.

"Eureka has serious issues that it needs to proactively address: crime, traffic safety, the lack of business investment." He suggested that the city's troubles seem to have caused a communal malaise. "I think there’s a lack of pride, unfortunately, and that needs to be changed. We need proactive-type policies to address those issues. Once we do that, we’ll see pride and investment increase."

Kerrigan has yet to file his official candidacy paperwork but said he'll likely do so after the holidays.