A Tribe in Mourning 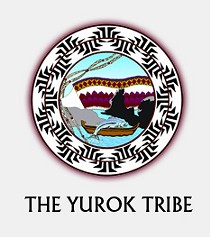 The Yurok Tribe is mourning the death of longtime Tribal Councilmember Bonnie Green, who died Saturday.

Green served six terms representing the tribe’s south district on the council, and another as vice chair, and was intimately involved in a host of tribal issues, including battles over fishing rights, management of tribal forest lands and healthcare coverage for tribal members. Green suffered from unspecified long-term, serious health issues, according to Tribal Chairman Thomas O’Rourke Sr., who described her as a “force of nature” in a press release issued today.

The Yurok Tribe is grieving the untimely passing of Yurok elder and Tribal Councilmember Bonnie Green.

Councilperson Green, who served six terms as South District Representative and one term as Vice Chair, passed away Saturday, January 18 2014.

“We are deeply saddened by this tragic loss,” said Yurok Chairman Thomas P. O’Rourke Sr. “Bonnie Green was a force of nature and as dedicated as they come. Her many contributions to the Tribe’s success will never be forgotten.”

Councilperson Green leaves behind a long history of working for the benefit of Yurok people. Starting before the Tribe’s formal organization in 1993, she was a tireless advocate for Yurok people in the Jessie Short Litigation, for healthcare and other issues of tribal rights protection. She traveled to these meetings with financial support from her family, friends and fundraisers. Her work shaped the direction and progress Yurok people were able to achieve.

Throughout her tenure on the Tribal Council, there was a common theme embedded in all of the Councilmember Green’s endeavors. Her ultimate goal was to make life better for not only her constituents, but all Yurok people. To that aim, she improved access to healthcare, supported economic development opportunities and was a fierce advocate for fish and the Tribe’s fishing rights. Councilperson Green was tough and tenacious when it came to protecting Yurok interests and to issues she cared for. She wasn’t shy about making it known what was important to her and the Tribe.

“The Tribe’s quality of life is and always has been my first priority which will not stop until the expectations of my people are met,” she wrote in her most recent candidate statement.

Green was intent on the Tribe becoming financially independent and providing ample employment opportunities for the membership. She envisioned a diverse economy anchored by sustainable timber harvest, salmon fishing and gaming.
To open the door for gaming on the Yurok Reservation, the longtime Councilmember helped secure a tribal gaming compact.

"I was quite emotional when it finally happened. I had a tear or two," she said at the time the gaming agreement was finalized.

Among other achievements, Green was a key negotiator in the 2012 Nez Perce Settlement, which netted the Tribe $27.5 million, for the federal government’s mismanagement for tribal forest lands. The settlement agreement funds were split between the tribal membership and the construction costs for the Redwood Hotel Casino, which is slated to open this summer.

Green’s advocacy for the Tribe’s fishing rights runs deep. She was a vocal participant in the “Fish Wars”, which took place in the late 1970s. The federal government sent in the National Guard, armed with assault rifles, riot gear and steel jet boats, to try to stop the Tribe from fishing.

Through a sustained campaign of peaceful civil disobedience, which Green was part of, the Tribe prevailed in protecting a practice that has taken place on the Klamath River since time immemorial.

Green played a critical role on the management side of the Tribe’s fishery too. Every year, she contributed to crafting the Harvest Management Plan, a legally binding document used to regulate subsistence and commercial salmon fishing as well as ensure fish stocks for future generations.

In addition to creating policy, Green was a firm believer in the integrity of the institution, which makes those laws. She attended nearly every tribal election, whether she was running or not because “elections shape the future of the Tribe.”
Yurok Chairman O’Rourke concluded: “As a tribal leader, Bonnie listened more than she spoke. She took other’s ideas as seriously as she did her own. Despite dealing with long-term serious health issues, her energy level was nearly endless. The void she left will be hard to fill.”

The employees of the Tribe and the Tribal Council will forever miss our friend.