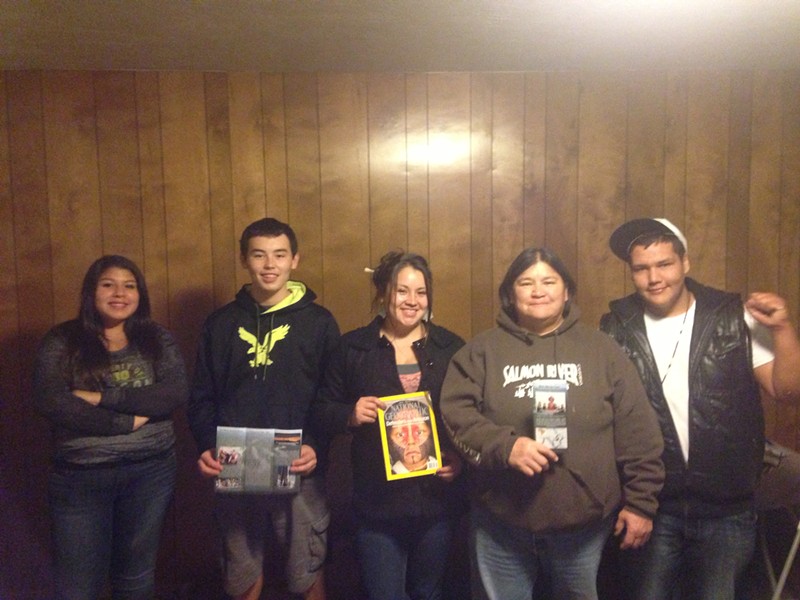 On Feb. 14, a group of young people from local tribes will travel to the Amazon to meet with activists and indigenous groups — including people with the Arara, Juruna and Xikrin tribes — who are trying to stop construction of the Belo Monte Dam.

A news release from the Klamazon Delegation (one of the youths’ name's for their group), calls the Belo Monte, which would be the third largest dam ever built, “the world’s most destructive dam proposal.” Notes the release:

“This project would affect 40,000 people and inundate 640 square kilometers of rainforest. Belo Monte Dam is the first step in a larger plan to extract the Amazon’s vast resources through additional dam building.”

The delegates know something about fighting dams, having taken part in the campaign that led to an agreement among diverse stakeholders to have four Klamath River dams removed — if approved by Congress, it will be the largest dam removal in history and could “restore one of north America’s largest salmon runs.”

“Our River is here to give us life, and we were created to keep the river beautiful and healthy,” says delegate Mahlija Florendo, 16, of the Yurok Tribe. “We need to keep every river alive because we cannot live without them. We cannot destroy life and if we don’t fight to keep them healthy, then we are killing ourselves, and any other life on the planet. The Amazon River is a huge bloodline for life of the Amazon indigenous as the Klamath is ours.”

A trip from our river mountains to the Amazon takes cash, so the delegation is fundraising. Last weekend the group hosted a cribbage tournament in Hoopa and an Indian taco dinner, Q&A and film screening. There’s more fun ahead:

You can also just donate.