From the Publisher: Poking a Hornet's Nest 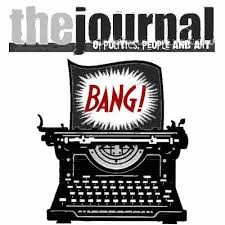 Editor's Note: The following is a column by Journal Publisher Judy Hodgson that will appear in this week's print edition, which hits streets tomorrow.

Don't miss Marcy Burstiner's "Media Maven" column in this week's print edition. Real and potential Brown Act violations are popping up with such frequency now, it's like a game of Whack-A-Mole. Did the Eureka City Council think it could keep secret the names of an advisory committee to help select the next city manager? Really? (Kudos to the Times-Standard for filing a Public Records Act request last week. On Feb. 24, the city caved and released the names.)

I've been having flashbacks: Journal readers long in the tooth likely remember the wild and crazy '90s. A newly forged majority on the Humboldt County Board of Supervisors wanted a more "developer-friendly" staff and canned the head of the Planning Department (and his boss, the county administrative officer). In picking a replacement, they "invited" two developers to sit in on interviews that were closed to the public. Long story short, the Journal demanded they stop — "cure and correct" was the first legal step — and when they refused, we ended up in court. Two years later, a Humboldt County Superior Court judge found the Board of Supervisors in violation of the Ralph M. Brown Act of the state of California.

Here's my favorite part of the introduction to the Brown Act that the Eureka Council might consider framing: "The people of this State do not yield their sovereignty to the agencies which serve them. The people, in delegating authority, do not give their public servants the right to decide what is good for the people to know and what is not good for them to know. The people insist on remaining informed so that they may retain control over the instruments they have created."

In her column Marcy also mentions "ad hoc" committees, which seem to be increasingly popular these days. These committees are temporary, appointed by elected officials to look into a matter and give them advice. As long as there isn't a majority of elected people on the committee, no public notice is needed and the public can be excluded.

Remember the General Plan Update ad hoc committee that was supposed to work out the kinks and get the long-overdue plan ready for county supervisors? It disappeared recently. Here's why: The current Planning Commission, not the previous one that prepared the GPU in the first place, now has a solid majority of developers including two members of Humboldt Coalition for Property Rights, a private corporation with a private membership list and lots of private dollars. HumCPR backed four of the current five supervisors and was rewarded with two seats on this powerful commission. My guess is they — HumCPR's Lee Ulansey and Robert Morris — didn't like what they were hearing from the ad hoc committee, but we don't know because those meetings were private. Next thing we learn is the Board of Supervisors took the GPU from the ad hoc committee and tossed it back to the commission so these new pro-development commissioners could rewrite each element to better favor ... you know, developers.

They are meeting twice a week to quickly unravel 10 years of public input. One vote last week, for example, was to reduce the setback buffer for perennial, fish-bearing streams from 150 to 100 feet. I have to ask, commissioners, "Why not 10 feet?" (Where are the scientists here for guidance?)

Another controversial vote last Tuesday stripped language from the plan supporting the creation of a countywide trail system. That vote poked a hornet's nest and trail advocates showed up last Thursday to complain. Word continues to spread, and as we go to press this Tuesday, I suspect they may have to call the fire marshal to tonight's hearing.

Watching the tapes of last week's commission hearings, I was struck by a ray of hope — one clear, firm voice of reason, Commissioner Susan Matsen, appointed by Supervisor Ryan Sundberg. She said she was pretty disturbed by Ulansey's claim that "the last commission did not get it right and this commission is going to fix it." She said, "I feel we are not giving due consideration to all those individuals" who worked on the GPU for more than 10 years.

And readers, please be reminded that while we had no say in the "ad hoc" committee's work, the current stripping of the plan is happening in public — every Tuesday and Thursday at 6 p.m. in the Board of Supervisors Chambers of the County Courthouse. Hope to see you there.