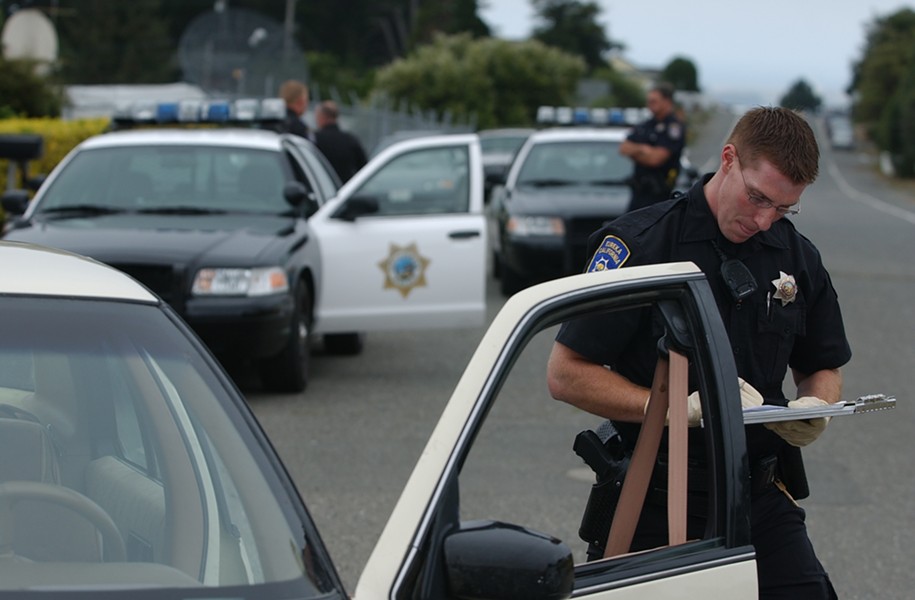 In the face of some notable crime rates, new Eureka Police Chief Andrew Mills is overhauling the department, instituting a massive reorganization that will change both the way residents interface with the department and how its commanders are held accountable.

Mills, who came to the city in November from San Diego, said his plan is to carve the city into two geographic areas, each of which will be commanded by one of EPD’s lieutenants — Tony Zanotti and Len Johnson — who Mills plans on making acting captains. The idea, as Mills explains it, is that breaking up the city will allow EPD commanders to better get to know neighborhoods, and their specific crime problems. And, he said, it will give residents a clearer point of contact.

“It should be a more seamless process, allowing us to better identify problems, as opposed to just responding to incidents,” Mills said.

The goal, Mills said, is also to make his department’s commanders more accountable, adding that under the new structure Zanotti and Johnson will both be on call 24-hours a day, seven days a week.

“It’s accountability methodology,” Mills said. “I can tell you this, if crime continues to go up for the next five years, you’ll be looking for another police chief. So, why shouldn’t I be holding my commanders accountable?”

And, Mills said, he will focus a lot of that accountability on proactive policing efforts, pushing his acting captains and their sergeants to spot trends and ongoing problems and then try to address them holistically.

But, Mills conceded, the reorganization is only one component of what has to be a multi-faceted effort from the department. Mills said EPD’s records division and data collection methods are outdated. Consequently, he’s looking to hire a crime analyst in the coming fiscal year.

The analyst, Mills said, will use GPS mapping technology to look at areas of high crime intensity, which he hopes will allow the department better understand the types of crimes that concentrate in certain neighborhoods of the city. Once the department has a better understanding of that, he said, it will be able to look at layered solutions, including community education and outreach and targeted patrols.

But EPD also has other staffing issues that need to be addressed before the department can fire on all cylinders. Mills said his department currently has six vacant officer positions it's working to fill, as well as a number of dispatch positions.

Office recruitment and retention have historically been problems for EPD, so Mills said he’s taking a proactive approach to getting more boots on the ground. He said he’s gone to the College of the Redwoods Police Academy to make his pitch, telling cadets that if they want to “learn how to be the best cop in the busiest department in the region, then come work for us.” Mills said he’s also actively recruiting from the ranks of the Humboldt County Sheriff’s Office correctional officers and reaching out to some non CalPERS agencies in the state to recruit their retiring officers, hoping to lure them up to Eureka with the prospect of earning a salary to accompany their retirement checks.

Recruitment is only half the issue, Mills said, as EPD needs to do a better job of retaining the officers it has. While pay is certainly a large part of that issue — EPD’s officers are paid at least 25 percent less than their counterparts in the San Francisco Bay Area — Mills said the department simply needs to treat its officers better. “I’ve stressed that we need to treat everyone with a lot of respect and dignity, especially our employees,” he said. “Cops tend to eat their young, but we need to make sure everyone feels appreciated, wanted and needed here.”

Once the department is fully staffed, Mills said he hopes to form another Problem Oriented Policing (POP) team. Currently, EPD’s POP team has all the work it can handle, Mills said, adding that the vision is to ultimately have a separate team for each of EPD’s two geographic areas.

Mills said that, in the coming months, he’ll be looking for community input to help the department break Eureka down into neighborhoods and identify specific unique problems in each. “Geographic policing is one of the main tenants of community policing,” Mills said. “The main thing I’m trying to communicate and get across is that we need to be more responsive to the community, and this is our effort to do that.”