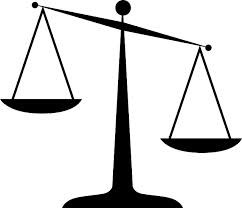 Juan Ferrer’s plea deal in the stabbing death of an Arcata man continues to be a huge issue in the campaign to become Humboldt County’s next district attorney.

Arnie Klein, a former prosecutor and one of four candidates vying for the seat being vacated by Paul Gallegos, issued a press release Thursday stating he’s been contacted by the victim’s family and asked to intervene in the case. Specifically, Klein claims the family has requested that he ask the court to throw out Ferrer’s involuntary manslaughter plea when he appears for sentencing April 3.

Ferrer was initially charged with murder for the stabbing death of Douglas Anderson-Jordet on Nov. 25, but his attorney, Marek Reavis, reached an agreement with prosecuting Deputy District Attorney Elan Firpo, a candidate to become the county’s next top prosecutor. Under the agreement, Ferrer pleaded no contest to aggravated involuntary manslaughter and will likely serve two years in county jail.

The case and subsequent plea agreement have garnered a lot of media attention. For a full rundown of the case and applicable state laws, view past Journal coverage. Firpo’s campaign offered an explanation of the deal here.

In his press release, Klein says Anderson-Jordet’s “family members” are planning on sending letters to the court, the probation department and the DA’s Office to “effectuate this result.” In her press release issued late last month, Firpo indicated “the family” supported the plea deal.

Klein’s full press release can be found below:

Arnie Klein has been contacted by family members of Douglas Anderson-Jordet to ask the court to set aside the defendant Juan Ferrer's plea at the time of sentencing, April 3rd. I have been informed that the family members will start sending in letters to the probation department, the DA's office, the defense attorneys and the court to effectuate this result.