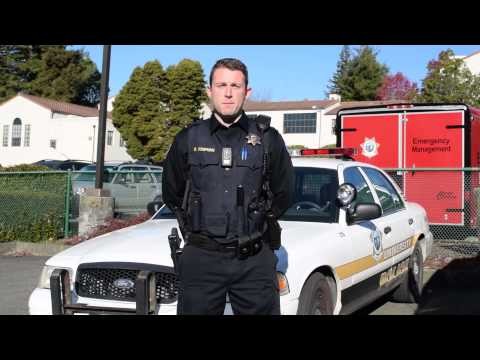 The California State University system has settled a civil lawsuit brought by a Fieldbrook man who alleged he was the victim of a “brutal" assault by Humboldt State University police in January 2012, agreeing to pay the man $135,000.

CSU spokesman Mike Uhlenkamp said the payment will come out of HSU coffers, noting that the settlement does not include any admission of wrongdoing.

Casey Arndt, 33, filed the federal lawsuit last year alleging that Humboldt State University Police officer Delmar Tompkins and other officers assaulted him — causing injuries to his face, back, legs, arms, feet and hands —on Jan. 7, 2012. Arndt alleged that he was driving near the HSU campus when Tompkins began following him in his patrol car. In the suit, Arndt claims he pulled over to make a phone call, at which point Tompkins pulled up behind him, activated his overhead lights, exited his patrol car and pulled his firearm, keeping it trained on Arndt’s head.

The complaint alleged that Arndt exited the vehicle and was being handcuffed by another officer when Tompkins “ran up and maliciously” kneed him in the left eye. Arndt further alleged that he was then beaten by numerous officers and Tasered twice before losing consciousness. According to the complaint, Arndt asked Tompkins why he was being detained and the officer told him it was because his registration had expired.

“When Mr. Arndt began to explain that his registration was paid and that he needed medical attention, officer Tompkins ordered him to shut up, stating that he was ‘running this goddamn rodeo,’” reads the complaint filed by Arndt's attorney, Patrik Griego.

Arndt was booked into the Humboldt County jail on suspicion of resisting arrest but no charges were ever filed against him.

In addition to Tompkins, Arndt’s suit named the city of Arcata, UPD Chief Lynne Soderberg and several other officers as defendants, alleging that Arcata Police officers participated in the arrest and that UPD officials were negligent in hiring and training Tompkins. With the settlement approved by the CSU system, the case was dismissed against all other defendants, according to court records.

Reached Tuesday, Soderberg said she was not involved in the settlement discussions and largely declined to comment on the outcome, other than to say the settlement represents the end of a two-year process, and "it's good it's over with." Sodberberg said UPD conducted an internal investigation into Arndt's arrest and subsequent allegations but declined to say if that investigation led to any disciplinary action, noting that information would be in officers' confidential personnel files. Tompkins, Soderberg said, is still employed with UPD and has seen no changes to his duties or assignments.

The settlement represents the second time in five years that allegations against Tompkins have resulted in a payout.
In 2009 while Tompkins was with the Oakland Police Department, Jimmy Williams, 50, alleged that he used pepper spray and a baton on him “without any just provocation or cause” while arresting him in a Taco Bell parking lot on suspicion of resisting arrest. Williams, who was never charged in the case, sued the city of Oakland for $500,000 in damages. Attorneys representing the city argued Williams was noncompliant and combative but ultimately settled the case out of court, paying Williams $43,000 from the city’s general fund.

Calls placed to HSU’s spokesmen were not immediately returned. The Journal will update this post with additional information as it comes in.

In January, HSU International posted a video to Youtube in which Tompkins briefs viewers on how the university is working to “keep you safe during your time on campus.”