County Declares Shenanigans on Itself 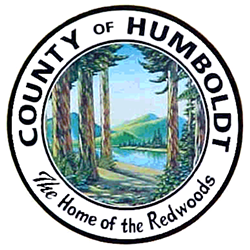 Humboldt County just blew the whistle on itself.

Apparently, the county violated California's open meeting law last week. County staff seems to regret the error and to be taking steps to correct the situation. Check out the full press release below:

On Tuesday, March 25 the County of Humboldt became aware of a recent Brown Act violation that occurred when a majority of the Board of Supervisors attended a meeting that was not publicly noticed. The violation was committed unintentionally on Thursday, March 20 at a meeting at the Humboldt County Courthouse.

Staff organized the meeting and Board members were invited to attend. Inadvertently, more than two Supervisors attended. The meeting where the violation occurred was designed to improve the community budget meetings and the technical aspects of presenting those meetings to the public. The County’s budget itself was not a topic of discussion. No action was taken at the meeting. Notes from the meeting have been posted on the County’s web site at co.humboldt.ca.us/portal/budget.

The Ralph M. Brown Act is California’s public meetings law, intended to ensure that public business is conducted in the public view and with public participation. The Act defines what constitutes a meeting of a public body.

The County of Humboldt regrets this mistake. The County recognizes the importance of the Brown Act and is committed to improving its ability to comply with the state’s open meeting laws. Since the violation occurred, County staff members involved in organizing the meeting have received renewed training on the Brown Act.