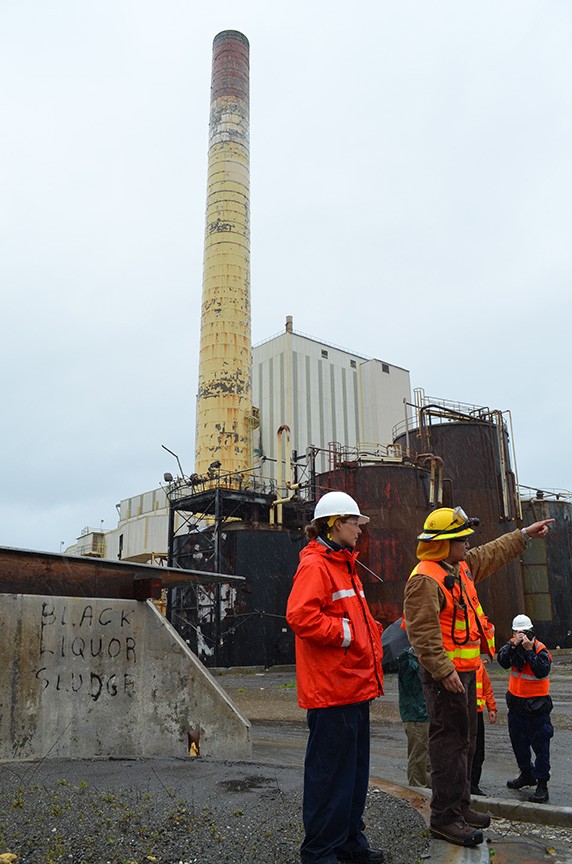 The very rain soaking reporters and government officials at the Samoa pulp mill this afternoon could have overflowed tanks of toxic chemicals near Humboldt Bay, Environmental Protection Agency coordinator Steve Calanaog said, had his agency not installed temporary overflow tanks. 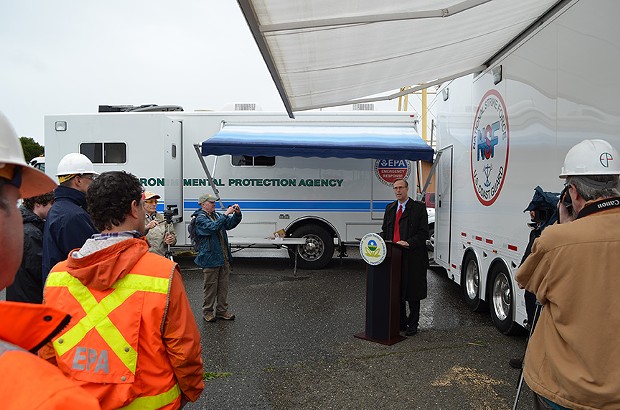 There was a jovial and at times earnest mood as Huffman thanked the coordination and quick efforts of the agencies. While the EPA monitors thousands of toxic superfund sites, EPA regional administrator Jared Blumenfeld said, the agency doesn't see situations like the pulp mill every day. Explosives and other dangerous chemicals were left unattended, unrefrigerated and in corroding tanks and labs. "There was no lock on the door — nothing," he said. "This is really an enormous mess."

He also relieved the mill's former employees of blame for the dangerous conditions. "This is not their responsibility. This is the responsibility of a company that left in the middle of the night."

Calanog said the EPA is conducting a civil investigation into the conditions left by Evergreen Pulp.

Noting that the Wiyot Tribe's World Renewal Ceremony was taking place not far across the waters of Humboldt Bay, Blumenfeld said "This is the beginning of a renewal here as well." 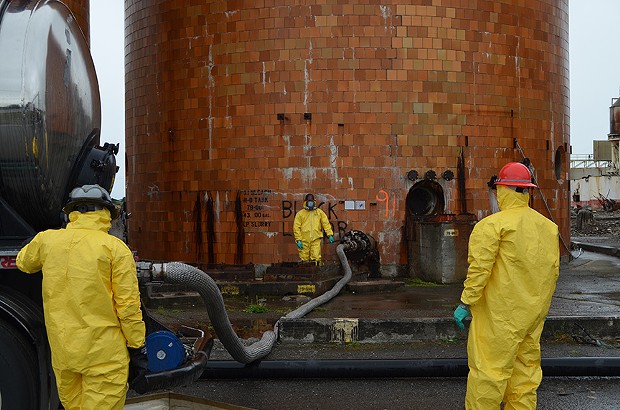