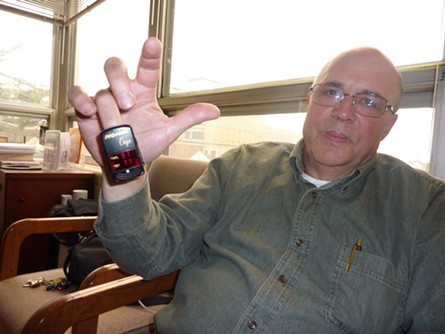 Madsen, 65, most recently joined the city council in December 2010, just months after learning he was suffering from a lung disorder that causes scarring and thickening of the lungs (see “Lance’s Lungs,” July 7, 2011). He stepped down early, last December, saying his frequent trips to Stanford for medical treatments were interfering too much with his council duties.

Madsen, a Eureka native, previously served on the city council from 1990 to 1998. Before that, he worked for the city police department from 1973 to 1986, where he was an officer, detective and child-abuse investigator. He also was on the board of directors for the Boys and Girls Club and the Eureka Theater project, according to a news release from the city. And he worked for the Humboldt County Housing Authority.

“Because of his tireless efforts to make Eureka a better place, Madsen was selected to receive the first Mayor’s Community Service Award of Merit,” says the release.

The city has ordered that flags be flown at half-staff at city buildings.