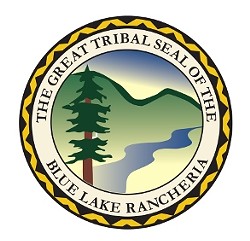 It’s been 30 years since the Blue Lake Rancheria regained its federal status, and 20 years since Sylvia Daniels — who was instrumental in the rancheria’s resurgence — died.

By the late early 1980s, the Blue Lake Rancheria hadn’t been recognized by the federal government for nearly 20 years, according to a Times-Standard article at the time. The tribe had given up its status in exchange for the land it settled on in Blue Lake in the 1960s. But by the late ‘70s, a class-action suit developed, accusing the federal government of improperly terminating tribal status in similar situations around California.

Through Daniels’ work, the Blue Lake Rancheria was reinstated in 1984. She became the chairwoman of the Rancheria and led it passionately, her family says, until her death in 1994.

Daniels and her family have ancestors who survived the Indian Island Massacre of 1860.

Daniels’ sister, Helen Louise Ortinier-Lance, said her great-great-grandmother Nancy Roberts (Hitchcock) was one of the few people to escape slaughter.

In a history recounted on this blog, Nancy Roberts hid from the attackers and then rescued several children left alive. Here’s the harrowing account, related by William James Sykes to the Department of the Interior:

“Cousins Matilda and Nancy were up tending Nancy’s two year old son Stephen Hitchcock, who was ill… they gathered up their children (George Spear, William Sykes, Andrew Hitchcock) and ran to hide on the west side of the island. After the militia left, they returned ... and found seven children. They gathered the children together, put them in the only remaining canoe and swam the canoe across the bay to Freshwater Creek and then walked to Matilda’s husbands homestead in Freshwater … later … soldiers found another child had survived under his dead mother. This child was Jerry James”. [Dept of the Interior Letter to Jan Silva, 13 March 1987; info given to dept by William James Sykes]

The Blue Lake Rancheria is holding a 20th anniversary memorial and library rededication in Sylvia Daniels’ honor on Sunday at 11:30 a.m. The ceremony, at 428 Chartin Road in Blue Lake, is open to the public.