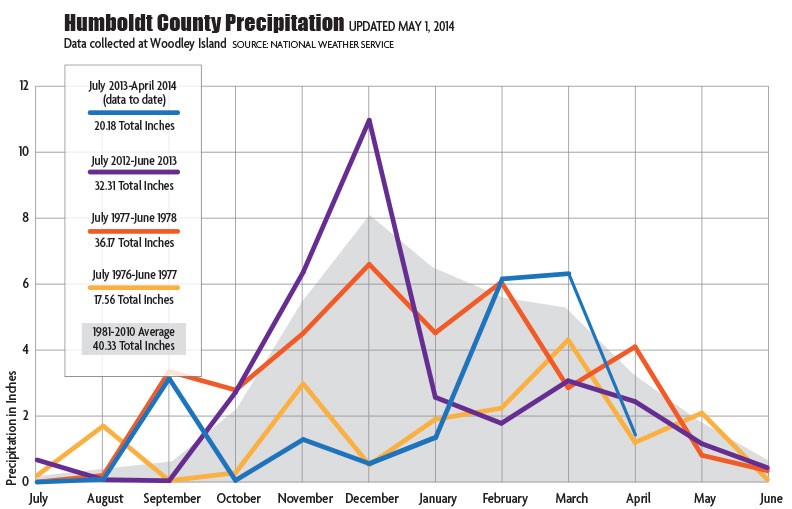 After some better-than-average rainfall in February and March, April was a dry month in Humboldt County, with precipitation coming in at just 42 percent of normal, underscoring the fact that we’re still in a drought. According to the National Oceanic and Atmospheric Administration, Eureka recorded 1.37 inches of precipitation in April, less than half the normal rainfall of 3.32 inches. A record-smashing 80-degree day on April 30 put an exclamation point on the dry month. (The prior record for April 30, for those curious, was 69 degrees set in 2004). For the water year, that brings us to 20.18 inches, just 53 percent of the normal precipitation count of 37.8 inches for this time of year. Above is an update of this year’s wet season, along with numbers from last year, the big 1970s drought and the 30-year average for some perspective.