A Patriot Among Us 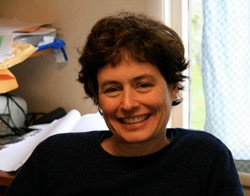 Burstiner, who chairs the Humboldt State University Journalism Department and is the faculty advisor to the university's newspaper, The Lumberjack, is a founding board member of the Humboldt Center for Constitutional Rights. She also regularly takes on First Amendment and government transparency issues in her monthly column for the Journal.

Greg Allen, who sits on the Redwood ACLU's board, said Burstiner was a clear choice for the board. Pointing specifically to Burstiner's March 27 column, "The Big Chill," which took on the county's protest ordinance and Arcata's practice of deterring pro-marijuana gatherings in Redwood Park on April 20, Allen said Burstiner's had a huge impact on the local community. He credited her column with helping push the board of supervisors to repeal the protest ordinance, and said her insight on Redwood Park's 4/20 gatherings was profound, as she equated the gatherings to political speech protected by the First Amendment.

"Marcy was the first person to say it that way," Allen said. "Christ, I've been heavily involved in the weed movement and the ACLU for years, and I'd never thought of it that way."

For her part, Burstiner said the award is a recognition that people care about free speech rights and working to protect them. "What was nice wasn't so much getting the award," she said by e-mail. "The award made me realize how many people there were in Humboldt County who also felt that our First Amendment Rights are really important and that it is really important that we work to exercise and protect them."