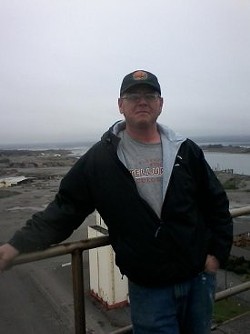 Newman was arrested June 8 and has pleaded not guilty to a total of eight charges in the case, which alleges that he lied and used illegal tags in 2009 and 2012 to sidestep state limits on abalone and deer harvests.

Abalone fishing is tightly regulated in California. To legally harvest the mollusks, one is required to first acquire a permit, known as an abalone report card, which comes with 24 tags. When an abalone is harvested, state law requires that it must be immediately marked with one of the tags, limiting a person to catching no more than two dozen abalone in a single season.

According to court records in Newman’s case, prosecutors allege he filed a sworn affidavit with Fish and Wildlife in 2009 claiming to have lost his report card after harvesting only three abalone when he’d, in fact, already harvested 21 of the mollusks. Additionally, the documents allege this was a pattern of behavior for the harbor commissioner, noting he’d filed a total of 11 affidavits between 2003 and 2012 claiming to have lost his abalone report cards during the season.

“Without the use of the abalone replacement affidavits, a person would have only been issued 10 abalone report cards, one per year, and a total of 240 abalone tags, 24 per year,” Wells wrote in his declaration in support of Newman’s arrest. “During this time period, Newman was issued 201 more abalone tags than normally would have been issued.”

Wells goes on to state that suspicion about Newman’s activities arose after Fort Bragg Game Warden Don Powers conducted an analysis of all 184 duplicate abalone cards issued in California between 2002 and 2011 and found Newman received 10 of them. No one else in the state received more than two duplicate cards over the same time period, according to the document.

Newman also stands accused of similarly trying to work around deer harvest regulations. Prosecutors allege he submitted documents on Sept. 10, 2012 claiming he lost his 2012 B-Zone deer tag before using it and was issued a duplicate. However, Wells reported finding the original tag while serving a search warrant on Newman’s home and that it had been filled out to record that Newman had killed a 4-point buck on Sept. 2, 2012. Wells also reported finding time-stamped digital photos in Newman’s home showing him posing with a 4-point buck on Sept. 2 and Sept. 3, 2012.

Newman’s attorney, Manny Daskal, argued today that prosecutors presented no evidence indicating his client intended to game the system or knowingly made false statements, noting that Newman would have worked to destroy evidence if he had any criminal intent. Miles, however, found prosecutors met their burden of proof to bring the case to trial.

In addition to serving as a harbor commissioner, Newman works as a commercial fisherman locally and has held a number of high-profile posts, including president of the Humboldt Fisherman’s Marketing Association, board member for the Pacific Coast Federation of Fishermen’s Associations, advisor to the Pacific States Marine Fisheries Commission and chairman of the California Salmon Council.

He is due back in court July 8 to be rearraigned in the case.