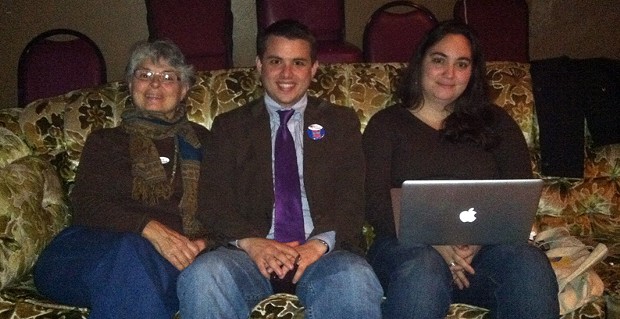 Arcata City Councilman Shane Brinton has announced that he will resign his seat on the council effective tomorrow.

In a brief statement at the start of Wednesday night’s council meeting, Brinton said he was stepping down to devote more time to his family, and specifically to caring for his ill mother.

Brinton’s resignation leaves the five-member council potentially with three seats coming up for election in November, as both Mayor Mark Wheetley and Councilwoman Alex Stillman’s seats are up. The council has a couple of options as to how to fill Brinton’s seat: It could let the voters pick Brinton’s successor in November or it could opt to appoint a replacement itself. Brinton urged the council to go the election route. If the council opts to let voters fill the seat, it would have to do so before July 13 to get it on the November ballot. If the council makes the decision after July 13, the city would have to hold — and pay for — a special election in March to fill the vacant seat.

A call to Brinton this morning was not immediately returned. For more information on Brinton’s resignation, check out the Mad River Union’s story here.