Dell' Arte International recently awarded its 2014 Prize of Hope to Clowns Without Borders, setting off a day of clowning around and red-nosed hijinks. Blue Lake's prestigious performing arts school hands out the annual Prize of Hope to the person or theatre who has worked "for the hope of humankind; daringly, lovingly, vulgarly, seriously, poetically... with sparkling energy against conventional thinking, which is the greatest threat to our culture," according to its webpage. Clowns Without Borders is a group of clowns and performing artists that travel to war zones, areas of natural disaster and other places in crisis to perform shows that promote laughter and joy.

Mark Larson was out in Blue Lake last week to capture some of the fun, and was kind enough to share the following photos. 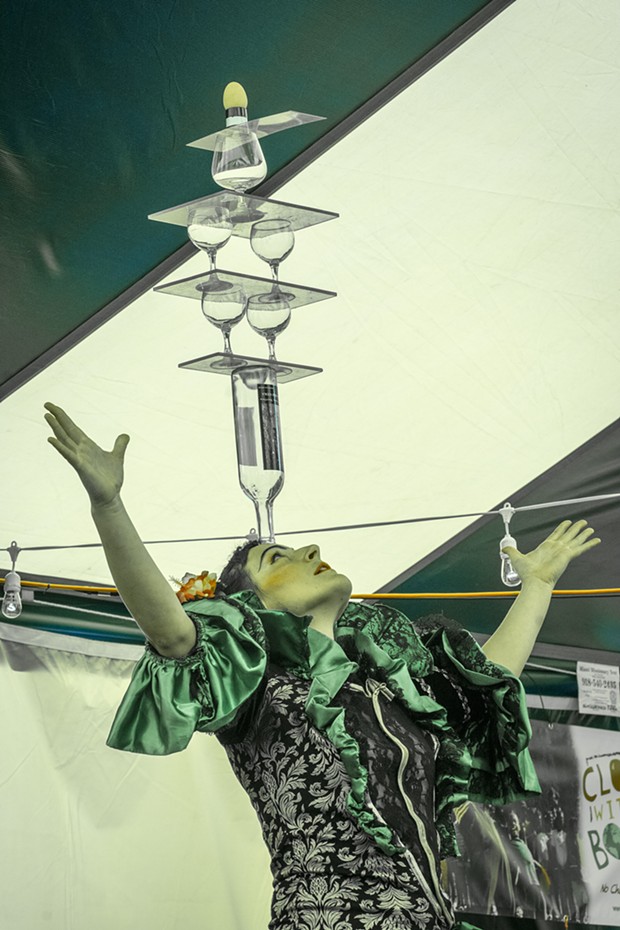 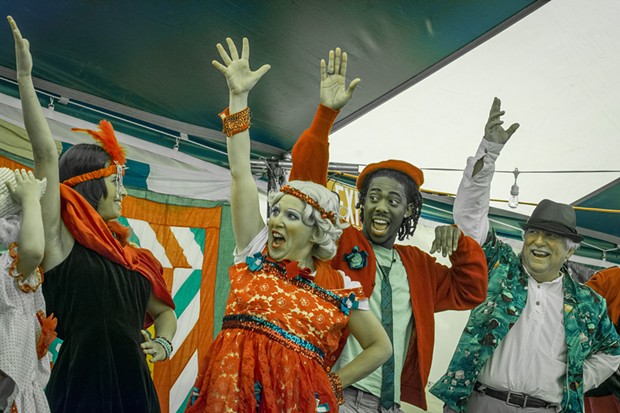 Frivolity Clowns without Borders
Prev
Next