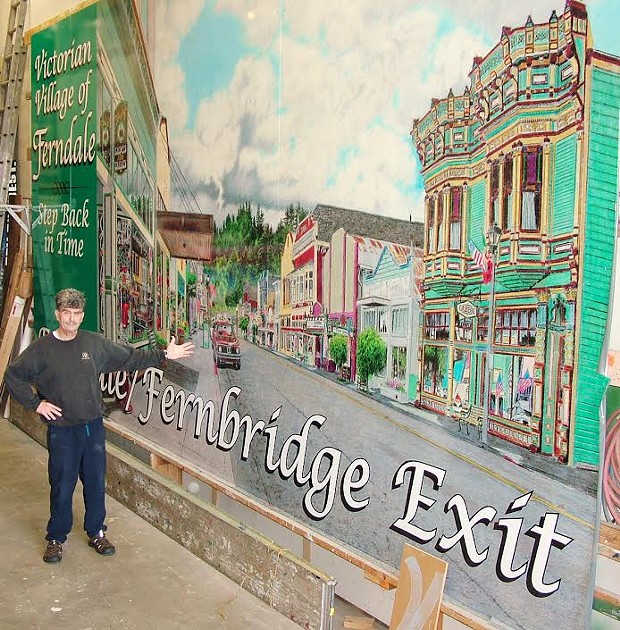 Mays had battled cancer since 2004 — living nearly a decade longer than the doctors had predicted he would, and doing all sorts of inspiring and lively things in that time. He captured every inch of Ferndale and many of its people in elaborately detailed colored-pencil drawings, lampooned and celebrated citizens in 500 editorial cartoons for the Enterprise, started a medical-travel foundation and counseled other cancer sufferers.

The Journal profiled Mays in February after doctors told him this time the end really was near. He joked about the prognosis in a cartoon in the Enterprise — him in a chair with breathing tubes in his nose, a picture of Mark Twain behind him on the wall and Twain saying, "The rumors of my death have been greatly exaggerated."

Alas, it is now true.

The Enterprise promises more coverage of Mays next week.