July 28, 2014
comment
SECOND UPDATE: Six Rivers National Forest reports that the Sugar Bowl Fire should be 100 percent contained by 6 p.m. this evening, July 28, and fully controlled by 6 p.m. July 29 The road is now open with no restrictions, although motorists "should be aware of potential hazards of rocks or debris rolling down from the steep embankment on to the roadway and adjust their speed accordingly," says a news release.

The terrain — steep, rocky and thick with brush — has made fighting the blaze challenging, and there's been one minor injury, says the release.

UPDATE: Still some flames this evening, and there's a very, very long wait for pilot-controlled passage along the semi-closed section of 96:

About a mile section of State Route 96 is stilled closed between Willow Creek and Hoopa as fire crews work to contain a blaze.

According to Six Rivers National Forest, the fire was reported around 3:50 a.m. today and by 8 a.m. was thought to be around 30 acres. But Six Rivers spokesperson Peggi Lawrence reports this afternoon that new information places the fire’s size at around 10 acres. It’s burning in steep, brushy, rocky and forested terrain along S.R. 96 about 7 1/2 miles from the highway’s junction with S.R. 299 in Willow Creek. The fire, roughly in the shape of an arrowhead, says Lawrence, is just above Sugar Bowl Ranch (yes, owned by the Arkley family), but has not threatened any structures.

“The base of it is along Highway 96 and there are rocks and debris rolling down the hill, so it’s a safety hazard,” Lawrence says. “The top of the fire is about 1,200 feet up, and the road is at about 800 feet."

The fire is about 75 percent contained, she says. Caltrans is hoping to open the road to pilot-car traffic around 4 this afternoon, but it's possible the road won't be open until Saturday afternoon.

Travelers, and residents who live beyond the closed stretch out in Hoopa, Orleans and beyond, are opting in the meantime for a dusty, washboarded, skinny long-way-around — Bair Road — to get where they need to go, report folks in the area.

Lawrence says five crews, five engines, 3 water tenders, one large helicopter and one air attack plane are on the scene. The cause of the fire is under investigation. 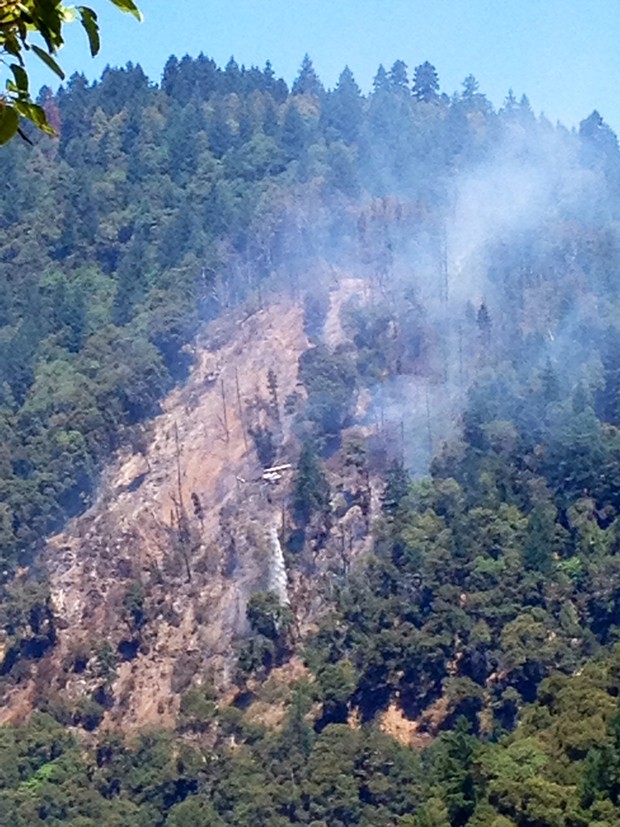 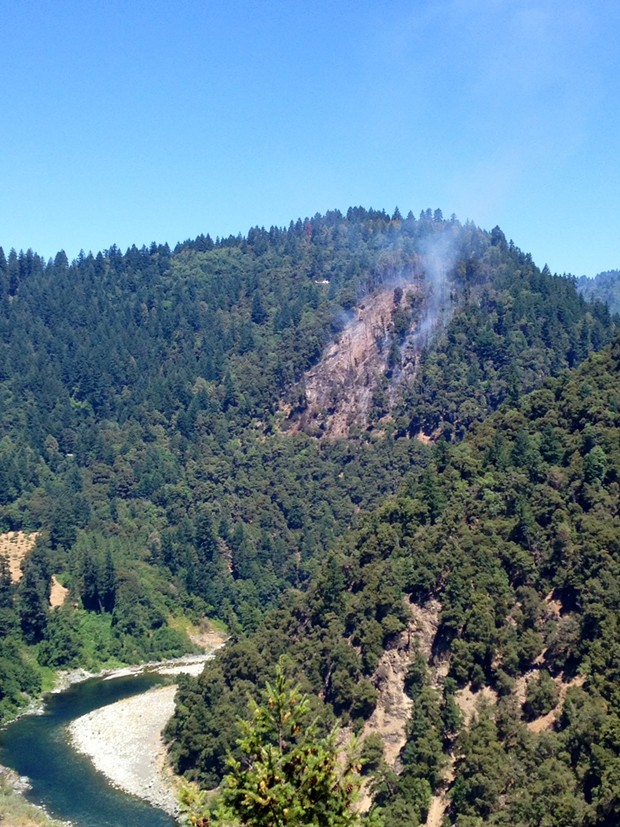