More Sparkle Than Eureka Can Handle 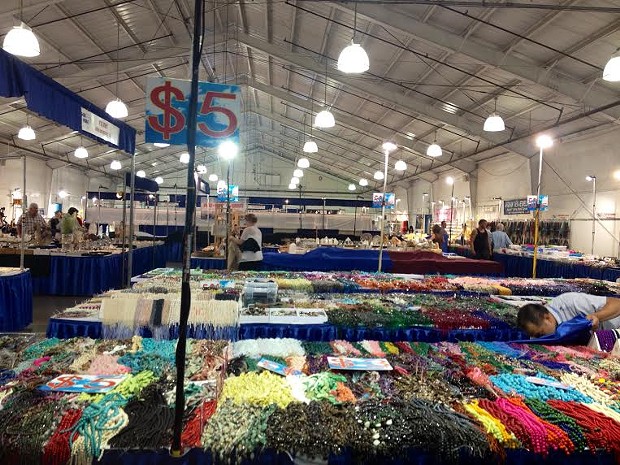 One of the biggest gem, bead and jewelry shows in the country ended up in little old Eureka this weekend. But at closing time Saturday inside Franceschi Hall at Redwood Acres Fairgrounds, Gem Faire vendors were feeling the fizzle. As some began to drape cloth over their wares — colorful skeins of bright and sparkly beads, humongous crystals and mineral specimens, piles of beading and jewelry-making tools and machinery, gold and silver and more — others still watched the last, lingering lookiloos attentively, hoping they might actually cough up some cash.

One vendor, talking to another, said her booth was written up in the paper. "Right here," she said, opening some newsprint and pointing. "And this is today's paper, so, maybe they'll come tomorrow." She sighed, and added disgustedly, "But nobody reads newspapers anymore, huh?"

Over at Afghan Gem Jewelry, vendor Aman khan Zadran, from Sacramento, likewise had a dismal look on his face. The people who make the beads he sells work long and hard over them, he said; they were high quality. His table sagged under piles of deep, shiny blue lapiz, including one massive polished hunk, and thick, luscious hanks of beads in muted earth tones — greens, rusts, bright oranges, golds and pale blues, including some true jade and turquoise.

"This is the company's first time here," he said about Gem Faire, which does almost 50 shows a year according to the website. Eureka was added to the list of show locations this year. "It's really bad."

Oh, plenty of people had come to the show and wandered around touching everything. But nobody was buying, he said. Some shows, other places, he could make more than $50,000 in one day, he said. Here? Pfft.

"It's a small town," he said, shaking his head. 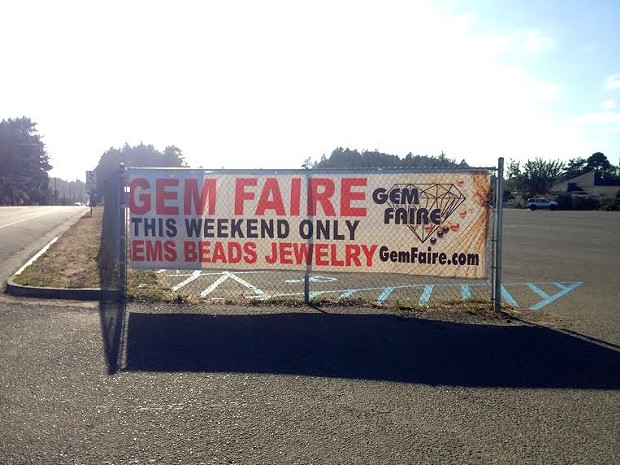