A Boost for the Bay Trail? 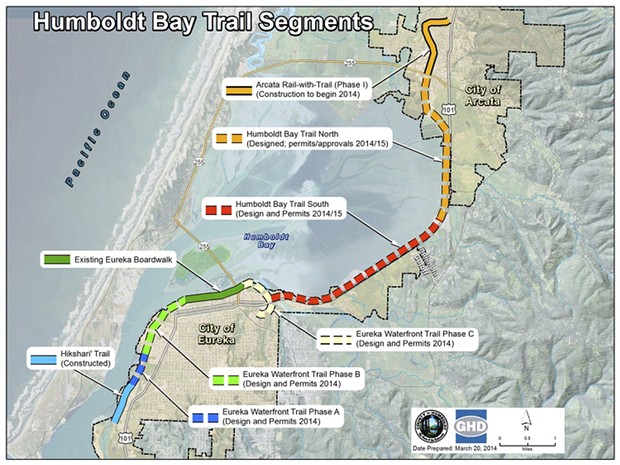 California Transportation Commission staff is recommending approval of a $3.1 million grant application from the city of Arcata at the commission’s Aug. 20 meeting. “We’re pleased about that,” said Arcata Environmental Services Director Mark Andre. “Very pleased.” If given the final nod, the funds will go toward construction of the section of trail from the Arcata Marsh down to Bracut, according to Andre, who added that the grant — combined with another from Caltrans for $1 million — is hoped to cover the full cost of constructing the trail segment.

In recommending approval of Arcata’s application, a commission staff report notes the trail has been dubbed “the region’s highest transportation priority” and that it would benefit a “disadvantaged community.” Andre said the grant’s approval would be a “landmark” for the project, and even sounded a bit giddy on the phone. “It’s great news, and I’m really proud of the community effort and my staff,” he said.

Andre later added via email that the project will likely be a mutli-year construction effort, but that he's hopeful it may get underway next year.