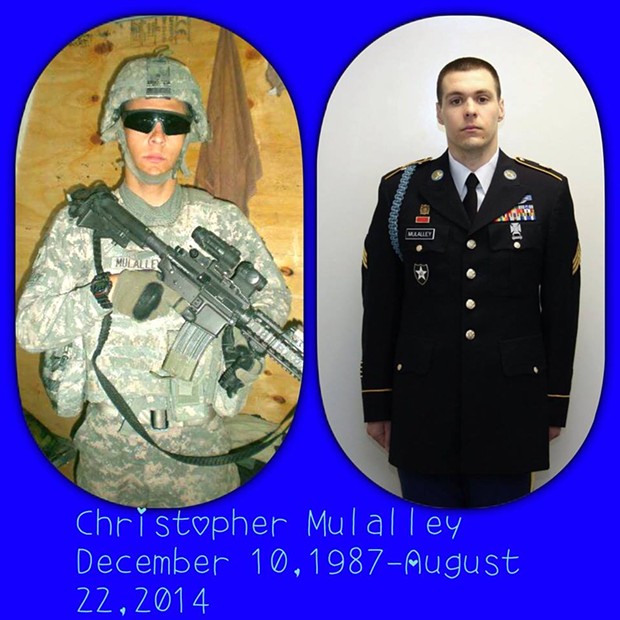 Flags will fly at half mast this week in honor of a Eureka man who died while serving in the Army in Afghanistan last week.

Sgt. Christopher W. Mulalley, 26, died Friday, Aug. 22, in Gardez, Afghanistan, as the result of a non-combat related incident, according to a Department of Defense new release. The Army is investigating the incident. Mulalley had served for eight years and was assigned to the 1st Battalion, 3rd Cavalry Regiment, 1st Cavalry Division in Fort Hood, Texas.

From a press release: