Updated: Mop Up Continues in Hoopa Fire that Threatened Homes

UPDATE: Crews are mopping up the "Bald Hill 3" fire, which as of this morning, Sept. 16, is 95 percent contained and has burned 210 acres. Full containment was expected by Wednesday, Sept. 17.

PREVIOUSLY: Hoopa firefighters battled a blaze on Bald Hill, which overlooks the Hoopa Valley, all night and by 9 a.m. this morning the fire had burned more than 175 acres and was 20 percent contained, according to a news release from the Hoopa Valley Tribe.

The fire started around 4:30 p.m. on Friday. The tribe says several homes near the blaze were evacuated and the residents were put up at the Neighborhood Facilities Building in Hoopa. No structures have burned so far, but "one large piece of equipment belonging to Hoopa Forest Industries was destroyed."

The fire's moving through old timber sales, says the tribe. Fire crews have cut hand lines to stop the fire from burning the homes.

"Fresh fire crews, including the Stanislaus Hotshots and a team from the Yurok Tribe’s Wildland Fire Department, were sent up to relieve the night crew late Saturday morning," says the tribe.

For more information on evacuation to the NF, says the release, residents can contact Rod Mendes, Office of Emergency Services (OES) Director, at (530) 784-7870.

More photos after the jump: 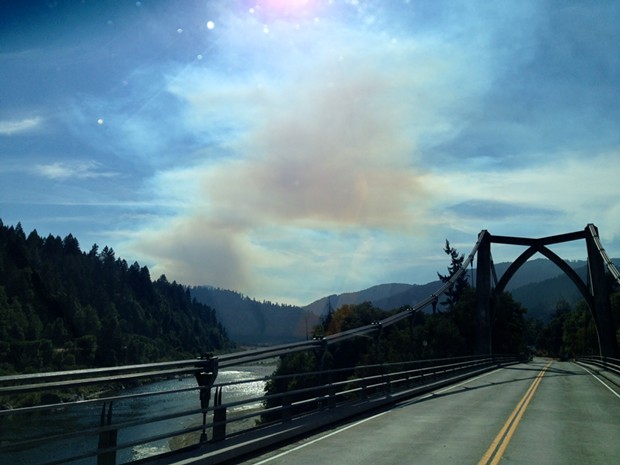 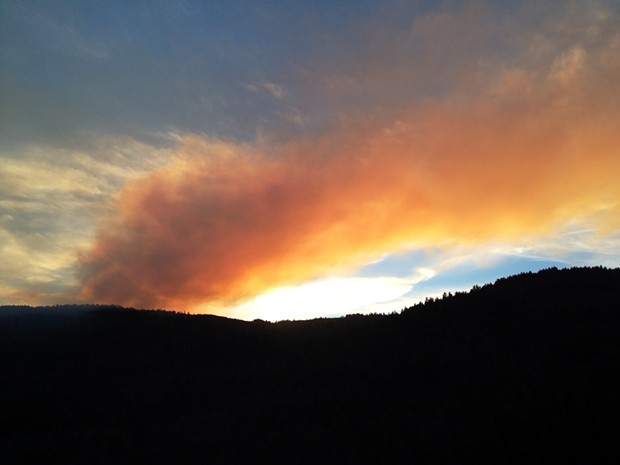