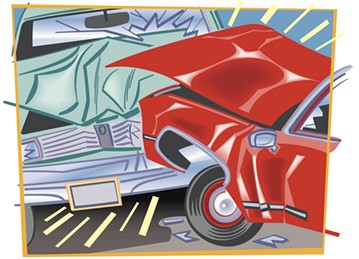 Forget about text messaging, there’s a new vehicular menace on the streets of Eureka: booger flicking.

Shortly before 9 a.m. on Sept. 21, a Eureka police officer was dispatched to Fairfield Street, where a vehicle had crashed into a parked car. From EPD’s collision report (which, may be the best ever written):

“(Driver-1) stated that he was driving northbound on Fairfield Street and was ‘picking his nose.’ (Name redacted) said that while he was trying to ‘flick the booger out the window’ his vehicle drifted right and collided with (vehicle 2).”

Well, at least the driver deserves two points for honestly. Still, the EPD officer listed the collision cause as a suspected violation of vehicle code Section 22107: an unsafe turning movement.