No Shopping Cart Left Behind 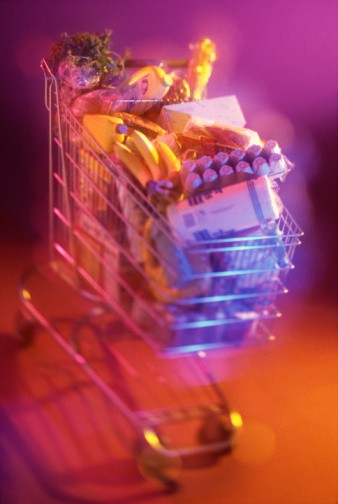 Could Eureka’s scourge of shopping cart bandits and their war on our disease-free children (think of the children) be coming to an end? In its latest monthly newsletter, the city announced it’s going medieval, appointing a “shopping cart czar” (no joke) to bring an end to Eureka’s greatest dilemma: people stealing shopping carts and pushing their stuff around in them.

Of course, the inconvenience to grocery owners isn’t the only thing we’re dealing with. Everyone knows that people who steal shopping carts are dirty, disheveled and diseased, and can you imagine if you touched a cart that one of those grossies had touched before you? Well, some budding R.L Stine at city hall can imagine that, and he or she wrote a chilling speculative fiction novella about the horrors of shopping-cart-contracted hepatitis. Read at your own risk below. (It must be noted that Hepatitis C is typically transmitted through blood to blood contact, like sharing needles, according to the CDC. If a shopping cart is covered in blood, it’s probably best to select a different one and notify store staff.)

And while we’re at it, let’s nominate some more pressing problems that call for the appointment of czars; I’m thinking we need a dog poop czar, a bicyclists-on-sidewalks czar, a cruise ship czar and a people-rummaging-through-your-recycling-at-night-czar. Name yours in the comments.

A mom walks into a grocery store carrying her child. Her arm is sore and she sits him down in the shopping cart she just pulled from the rack of carts just outside the store.

Starting to shop she puts fruit, vegetables, and other various products into the cart, while moms not looking the child starts to lick the cart. As she turns around to see what the child is doing she insists he stop putting his mouth on the cart as there are germs etc. Unfortunately She has no idea where this cart has been in the last several days. Being pushed down the street piled high with trash, personal items, syringes and other unspeakable items.

The cart was pushed by a person with Hepatitis C and other communicable diseases and has not washed in weeks. It was stolen from the store for personal use. The cart was ultimately returned without sterilization and put back into service.

The first thing ones notices when driving into town are shopping carts…carts are everywhere. Carts are used for barbeques, transportation of animals, property and even people. Random and abandoned carts are unsightly and add to the disorder people notice and feel uncomfortable with. People deciding whether to stay for the night or go to the next town view them as a sign of disorder and keep right on moving past Eureka. Carts can also facilitate property crime as there has to be a way to transport stolen property.

To combat the problem, Eureka City Council passed a new ordinance to reduce the incident of stolen shopping carts by holding the thieves and businesses accountable. One business with excellent practices has very few carts stolen while another cannot keep them in stock. One company prevents their costly departure, another won’t accept them even if brought back.

For further information, please call police officer Eddie Wilson who is the Shopping Cart Czar with problems, complaints and suggestions. He can be reached at (707) 441-4060.