Jack's to the Waterfront 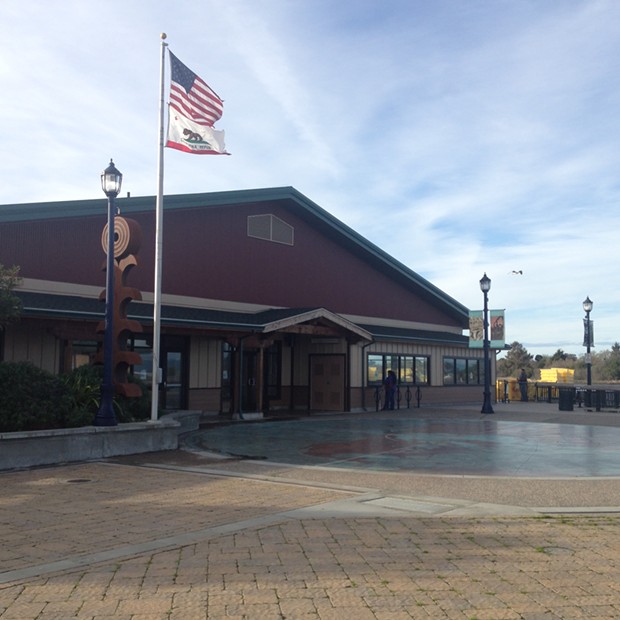 It’s a common tourist question Eurekans struggle to answer: Where’s a good place to dine on the waterfront?

There’s no place, you answer, at first, before remembering the few anchors of hope in this bay-abutting town: the humble restaurant with a deck over on Woodley Island. Glass-encased, fancyish Bayfront, in Eureka proper. Shamus T Bones on Truesdale. And Gill’s By the Bay over in King Salmon. Shamefully slim-pickins' water-side considering the overall abundance of Eureka eateries.

But by the end of next year, godwillin' and the sea don’t rise, there might be one more offering to suggest: Jack’s Seafood, inside the city of Eureka’s long-malingering Fisherman’s Terminal at the foot of C Street. Architect Philippe Lapotre, who’s designing the restaurant for Jack Wu (who also owns Bayfront), designed the overall terminal project which was completed in 2011. Wild Planet Foods’ fish processing operation moved in and is a thriving operation. The lovely world map engraved in the concrete, and sculptures, are appropriate lures. But the space where a restaurant was supposed to go in has remained empty with a jaggy, unfinished interior. 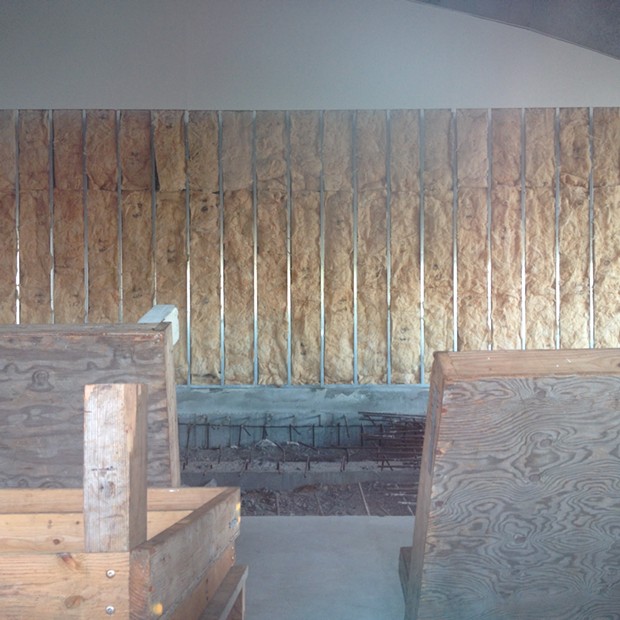 This week, the Eureka City Council voted to approve a 5-year, $4,500-monthly lease with Wu with the option for him to extend it another five years. Getting the 3,100-square-foot space ready will cost about $500,000. The city has agreed to contribute $240,000 toward the “hard costs,” says Lapotre — that is, for fixtures that’ll stay even if the tenant moves out, such as heating, plumbing, and electrical systems, a walk-in refrigerator and a hood system for the kitchen. Wu will fund the rest.

The restaurant will have two faces, much like Wu’s Bayfront where a bay-near section offers Italian and sushi and an inner room holds teppanyaki tables. Jacks’ Seafood will have a bayside bar and dining room seating about 49 serving fish and chips, clam chowder and other such fare. The more intimate space back from the bay will seat about 32 (down from an earlier estimate of 38), with barbecues in the centers of the tables where diners can barbecue their own strips of raw meat and fish, Hawaiian and Korean style, says Lapotre. On fair days, there’ll be outside dining tables. 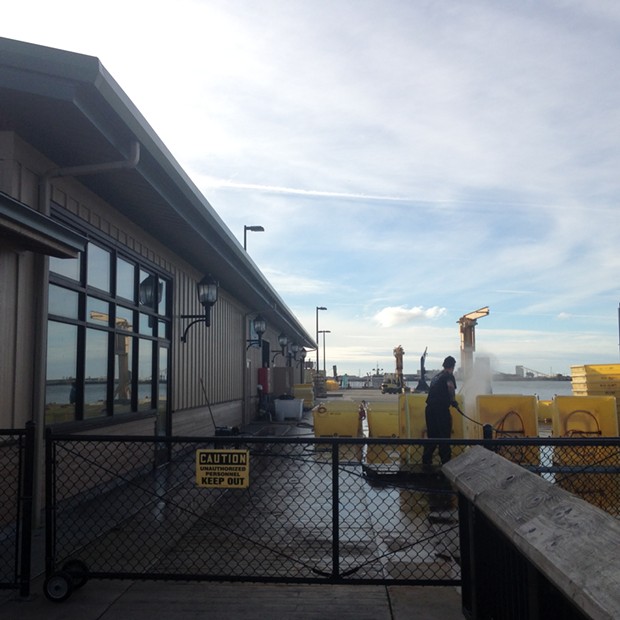 The next steps, says Lapotre, are finishing health department review and other documents to submit to the city building department for a building permit; that could happen by February or, worst-case scenario, March, and the builders could be breaking ground by April or May.

Lapotre says it’s fun to be working on a waterfront project. "The location is absolutely incredible. It'll be a significant improvement in the area."

Over the years, his company has designed a number of local projects, including the Roy’s Club expansion, Alder Bay, Vector’s swimming pool, Oberon’s remodel and Pachanga in Eureka; the Holiday Inn at the airport; and Arcata’s Plaza Center building where Jitterbean lives.