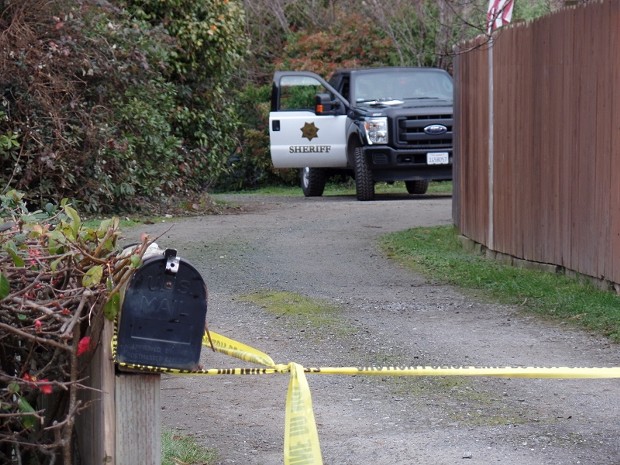 The victim of Thursday’s homicide and his alleged killer have been identified.

The Humboldt County Sheriff’s Office says Ryan James Robinson, 22, of Rio Dell, was shot to death after an argument with 32-year-old Judson Allen Stiglich. They apparently knew each other.

From the sheriff’s office:

The Humboldt County Sheriff’s Office Detectives arrested, Judson Allen Stiglich age 32 for homicide for the shooting death of the victim, Ryan James Robinson age 22 from Rio Dell. During the investigation Detectives learned that the victim and suspect knew each other. On the day of the homicide the suspect shot the victim after a brief verbal argument with each other.

The female age 32 in this investigation was released by the Detectives after questioning and was not arrested. Judson Stiglich was booked into the Humboldt County Correctional Facility for Homicide, being a convicted felon in possession of a firearm and for possession for stolen property. The firearm used in the homicide was stolen from a victim out of the City of Fortuna. Stiglich’s bail has been set at one million dollars.

Gunshots this morning left a man dead in Cutten and two people in police custody, and prompted the temporary closure of an elementary school.

The Humboldt County Sheriff’s Office responded to a shots fired call at about 3 a.m. and arrived at a residence in the 2300 block of Holly Street to find a still-unidentified man dead in the yard. Deputies learned, according to a press release, that a man and a woman were seen fleeing the area of the shooting and walking toward Cutten Elementary School.

Both subjects were detained later in the morning and detectives believe the gun used in the shooting may have been ditched on Cutten School property. Officials closed the school indefinitely as deputies combed the area looking for the gun, and asked that parents of Cutten Elementary students drop their children off at nearby Ridgewood Elementary until further notice.

Sheriff’s Lt. George Cavinta says officers have found the evidence they were looking for, and are giving the school the all-clear to reopen, believing there is no danger to students. A receptionist at Cutten Elementary said the school is fully prepared to bring students back to campus as soon as it receives "official word" from the Sheriff's Office that it is safe to do so.

The Sheriff's Office just sent out a second press release, specifying that a firearm was found in a field on the northwest corner of Cutten Elementary, just north of the baseball fields.

Cavinta said school officials have done an “excellent job” handling the situation. Cavinta declined to elaborate on the status of the man and woman in custody, staying only they’ve been “detained and interviews are ongoing.”

The suspected homicide would be the county's first of 2015 after it recorded 16, a 30-year high, last year.

The Sheriff’s Office asks anyone with information about the shooting to call 445-7251. See the full press release below for additional details. 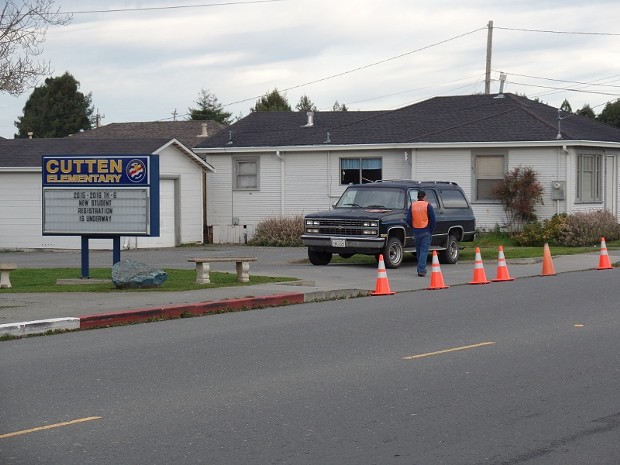 On 1/8/15 at about 3:00 a.m. Humboldt County Sheriff’s Dispatch received several 9-1-1 calls regarding shots fired and screams heard in the area of the 2300 block of Holly Street in Cutten.

Responding units arrived at about 3:10 a.m. and discovered a male gunshot victim laying in the yard near the residence. Deputies requested emergency medical services and secured the scene prior to their arrival. Once EMS arrived they determined that the male victim was deceased. The identity of the victim has not yet been confirmed.

Deputies received information that involved male subject and female had been seen leaving the area of the shooting and where last seen walking in the direction of the Cutten Elementary School.

At about 4:20 a.m. a male subject was located near the scene and he has been detained at this time.

The female subject was also located at a nearby residence and is cooperating with Sheriff’ Detectives at this time. The identities of the male and female are being withheld at this time pending further investigation.

The Humboldt County Sheriff’s Office is actively investigating this case at this time.

A Security Alarm at the Cutten Elementary School was activated at about the same time the 9-1-1 calls for the shooting.

Sheriff Detectives have received information that the involved weapon may have been hidden on or near the Cutten School property. Sheriff Deputies are on scene at the school at this time conducting a search for the weapon/

Further information with provided when available.