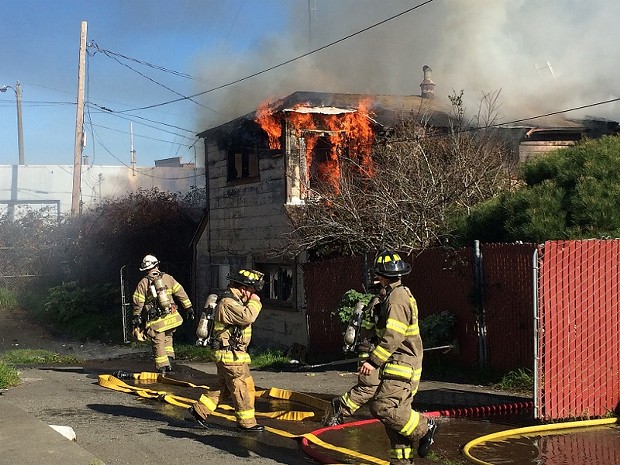 Humboldt Bay Fire investigators suspect arson was the cause of a blaze Saturday that destroyed a home in the 800 block of Summer Street, and has forwarded the case onto the Eureka Police Department.

Chris Emmons, a battalion chief with Humboldt Bay Fire, declined to discuss the specifics of how his department deemed the fire to be arson. “What I can say is there was definitive area of origin and what we saw led us to make a definite determination of arson,” he said.

Fire Chief Ken Woods said at the scene Saturday that an interview with the residence’s sole occupant led the department to deem the fire “suspicious.” That occupant was not home when the fire started, Emmons clarified this morning, but expressed “concern over some things.”

The fire started at about 11 a.m. Saturday, and fire crews arrived to find heavy fire visible from the home's second-story windows. They immediately attacked the fire, initially believing someone may have been inside the structure, and got it under control in about 30 minutes. No one was injured.

Local photographer Mark McKenna was on scene Saturday, and passed along these photos.

See the full releases from Humboldt Bay Fire below.

Original Release 1/24/15:
At 11:19 A.M. today crews from Humboldt Bay Fire responded to a reported structure fire at 808 Summer Street. The first arriving unit arrived on scene and reported a two-story wood framed residential structure to the rear of 808 Summer Street with heavy fire coming from the second floor windows. Initially crews were told that there may be occupants inside of the structure. An ambulance was requested to the scene. Fire crews immediately attacked the fire and searched the structure for victims. None were located.
Personnel had the fire controlled within 30 minutes and completely out in one hour. There was extensive mop-up needed within the structure. The structure was a total loss. The cause of the fire is under investigation. Humboldt Bay Fire will provide more information next week. 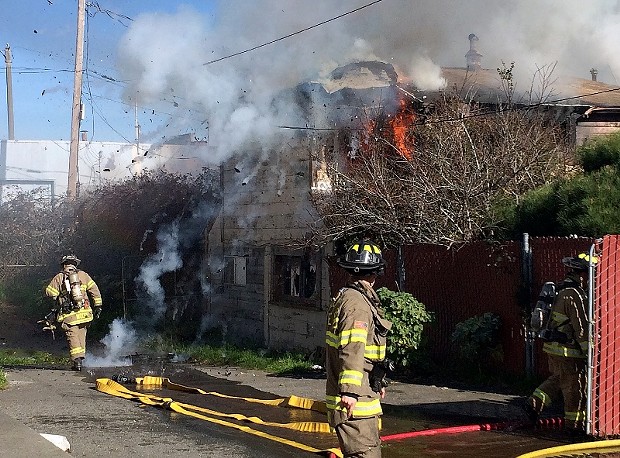 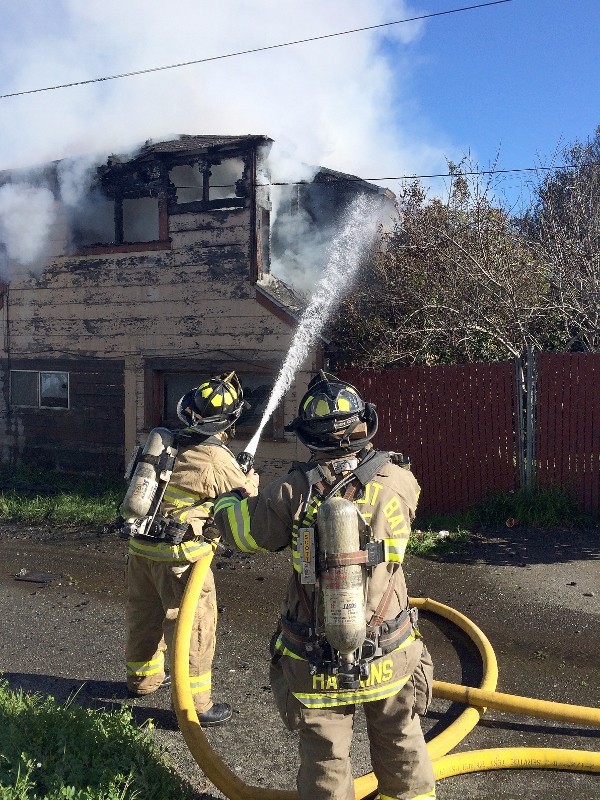