Fire Breaks Out in Squires Building

February is shaping up to be a bad month for Floyd and Betty Squires.

First, last week, the city of Eureka shuttered the couple’s Blue Heron Lodge, arguing the 15-unit building was operating in violation of the city’s problem motel ordinance. Then, early this morning, fire broke out at the couple’s apartment building in the 100 block of Fifth Street, leaving an unidentified man with second-degree burns on his upper torso.

Humboldt Bay Fire Battalion Chief Chris Jelinek said fire investigators haven’t determined what caused the fire, which appears to have started in the living room of a second-floor apartment. Jelinek said firefighters were able to gain control of the blaze pretty quickly, minimizing damage to the structure’s other five or six units.

Jelinek said it is unclear how many tenants have been displaced by the fire, saying people who escaped the burning building mostly left the scene and weren’t interviewed by fire crews. The fire remains under investigation, but Jelinek said there’s nothing to indicate it was suspicious in nature. The cause, he said, remains undetermined. “The burn patterns were inconclusive,” he said.


The property is one of 26 owned by the Squireses that are the subject of a lawsuit brought against the controversial couple by the city of Eureka, which is alleging the couple has been recalcitrant in addressing pervasive code violations. In the suit, the city is seeking to have the properties placed under the control of a court-appointed receiver, who would bring them up to code compliance and bill the Squireses for the expense.

Local photographer Mark McKenna and Journal staffer Christian Pennington were both on scene this morning. See their photos below the press release from Humboldt Bay Fire:

Humboldt Bay Fire responded three engines, one ladder truck and two battalion chiefs to a structure fire at 117 5th Street. Upon arrival the first battalion observed and reported fire on the second floor of a two story mixed occupancy building, with apartments being affected on the second floor. Due to the high life hazard and the threat of fire extending to neighboring businesses a second alarm was requested.

The second due battalion chief arrived and reported a burn victim had escaped the building and was located in the alley. An ambulance was requested. Fire and ambulance personnel treated the patient for serious burn injuries and he was transported to the hospital.
As engine and ladder truck crews arrived an aggressive interior fire attack was conducted while additional crews searched the entire building to check for trapped occupants. The fire was quickly contained to the apartment of origin, but all apartments on the second floor sustained minor smoke damage. No additional victims were located.

HBF fire investigators worked in an effort to determine origin and cause. The area of origin was determined to be in the vicinity of a living room couch, but the exact cause remains undetermined, pending further interviews of the apartment’s occupants or other witnesses. 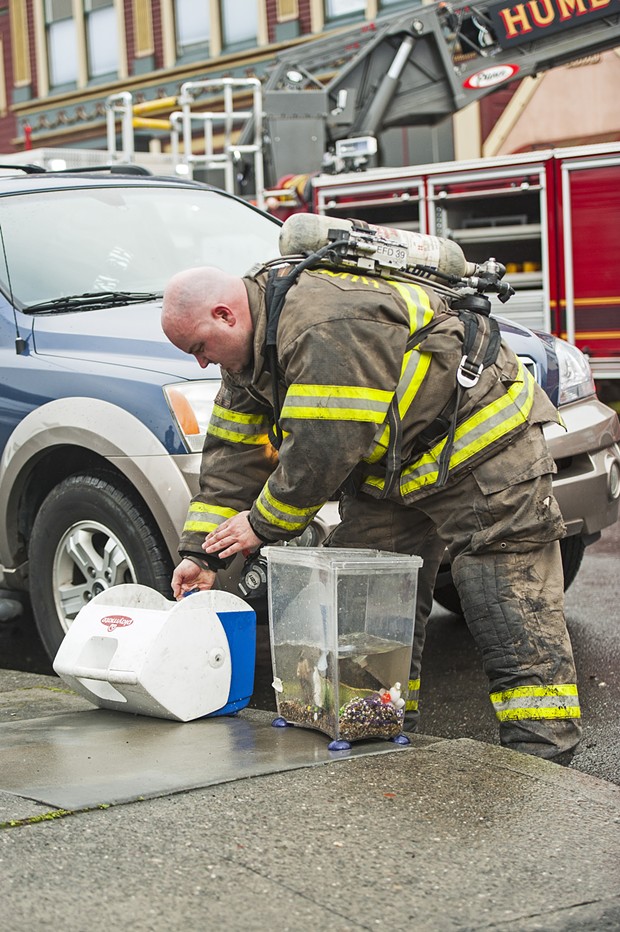 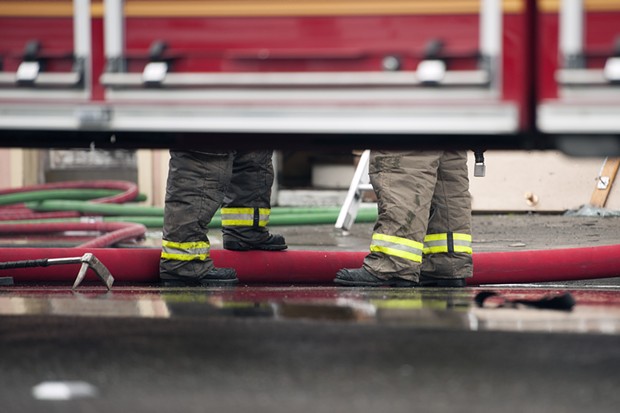