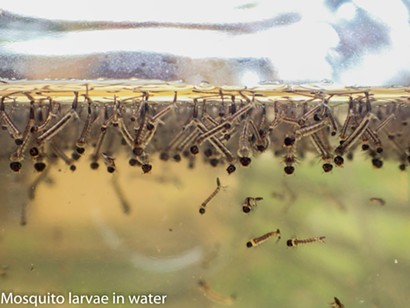 Last night I mercilessly killed a couple hundred of the deadliest animals on the planet, maybe averted a plague and fed the hungry. I hardly worked up a sweat.

Statistically, more human deaths (not to mention misery) are caused annually by mosquito borne diseases than those carried by any other critter. At last count they average 725,000 human deaths per year.

I netted a couple hundred wrigglers (a common name for mosquito larvae) from a tray under some plants where rainwater had accumulated. Looking at the stinking, tea brown water full of rotting leaves, you'd think it was just too nasty for anything above algae on the evolutionary chart live in. That's just how they like it. Their mothers seek out such water in to which to lay eggs. A few days later they hatch into tiny little wrigglers. After five moults, they change to the pupal form (tumblers), finally emerging into the adult form we all know and loathe. That bad brew is their big trick. Suspended head-down at the top of the water, they poke a snorkel through the surface film and breathe air. This allows them to inhabit places too oxygen deficient and polluted for fish and other aquatic insects to survive. There they are free of competitors, and predators. 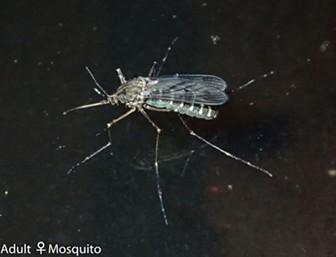 Our native North Coast mosquitoes don't carry many of the really nasty tropical diseases associated with them. They can, however, carry things like canine heartworm, bird malaria, and western equine encephalitis. We really don't know what other potential pathogens they might transmit, some of which might be as of yet undiscovered.

So, 'tis the season to tip over those old tires, flower pots, unused kiddie pools and untended bird baths and fill in puddles and wallows. While we may never be able to eradicate them, we can reduce the numbers near our homes. The adults seldom fly far from where they were spawned. 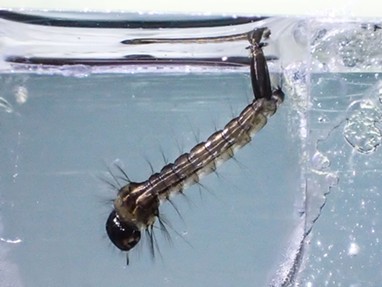 This is no small thing. You too can be a killer of thousands of the most vile and vicious parasites in the world. I fed mine to my goldfish humming the theme from Jaws.