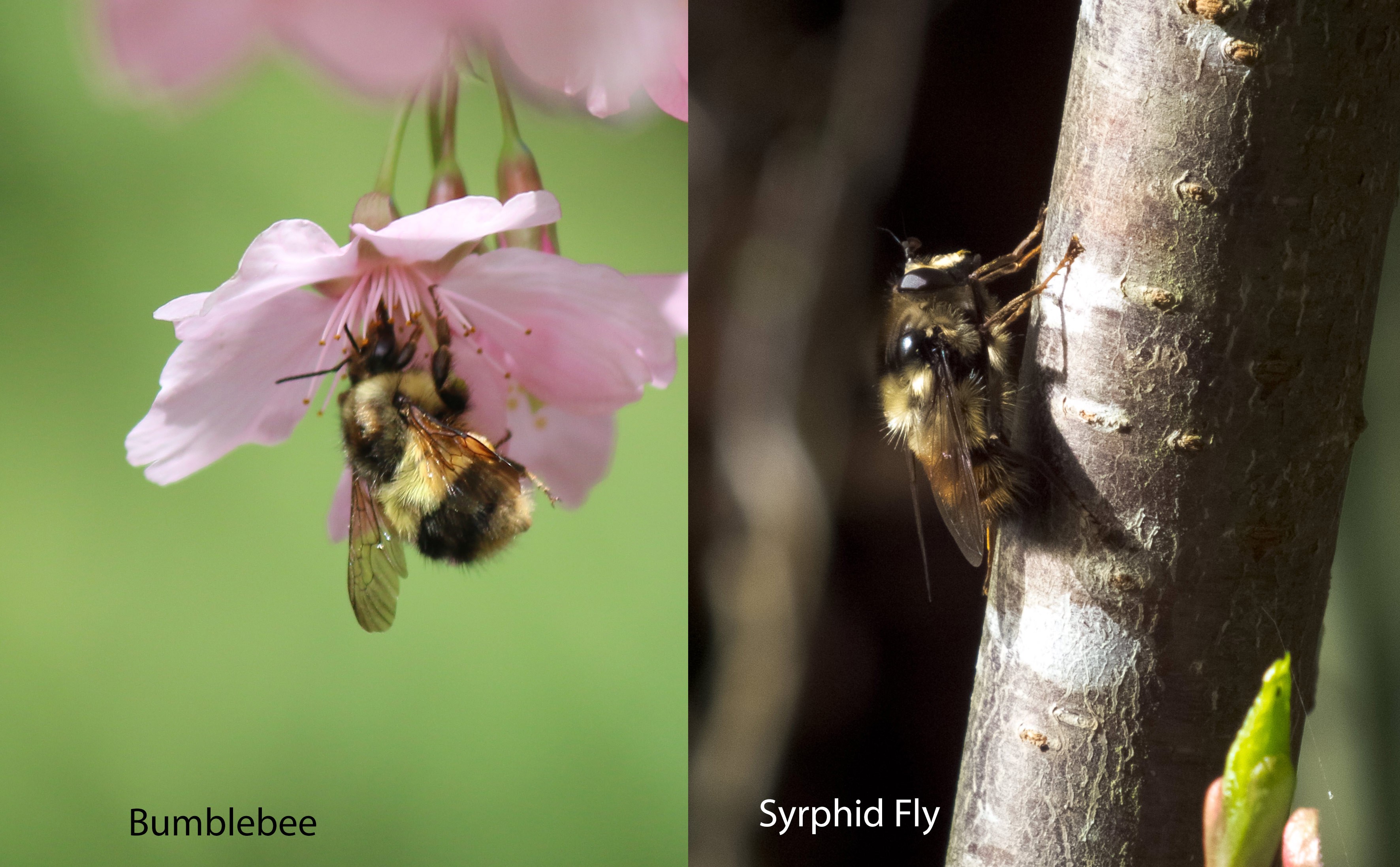 Yesterday, when I went out to my backyard to admire a flowering cherry tree I felt like the big ape on the top of the Empire State building. Like an old biplane, something buzzed around and around me at a dizzying pace. A glimpse of the insect world's most popular warning colors of black and yellow hinted it might be a bumblebee. I was eager to get a good picture to send into the Bumblebee Watch Project. Noting that bumblebee populations have been in decline over the last few years, it requests anyone with a camera to take photos and submit them so the organization can track populations and locations of various species of bumblebees. When the insect in question finally landed, I got my photo. 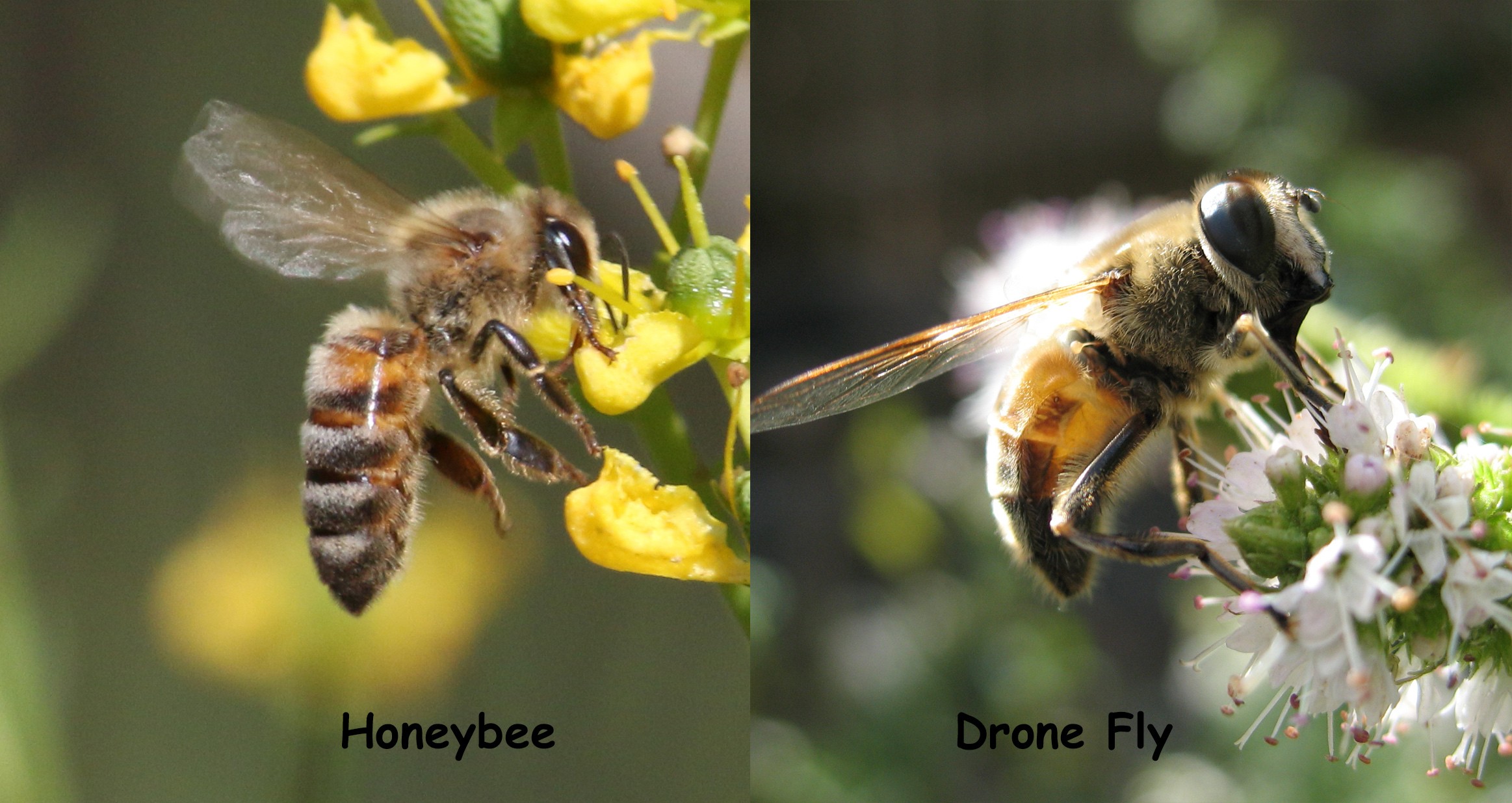 When I downloaded it to my computer I was surprised to see that it was not a bumblebee all, but a 'Syrphid fly.' This is a member of the family of hover flies, many of which are noted for their resemblance to bees and wasps. They exhibit classic Batesian mimicry, wherein one species gains some benefit by resembling another more dangerous one. In this case, the innocuous hover flies almost always resemble something that can sting. They usually live off of flower nectar and in the process provide pollination services to the flowers much like the bees they imitate. There are syrphid fly species which emulate honeybees, bumblebees and yellow jackets extremely well. After all, their lives really do depend on it. 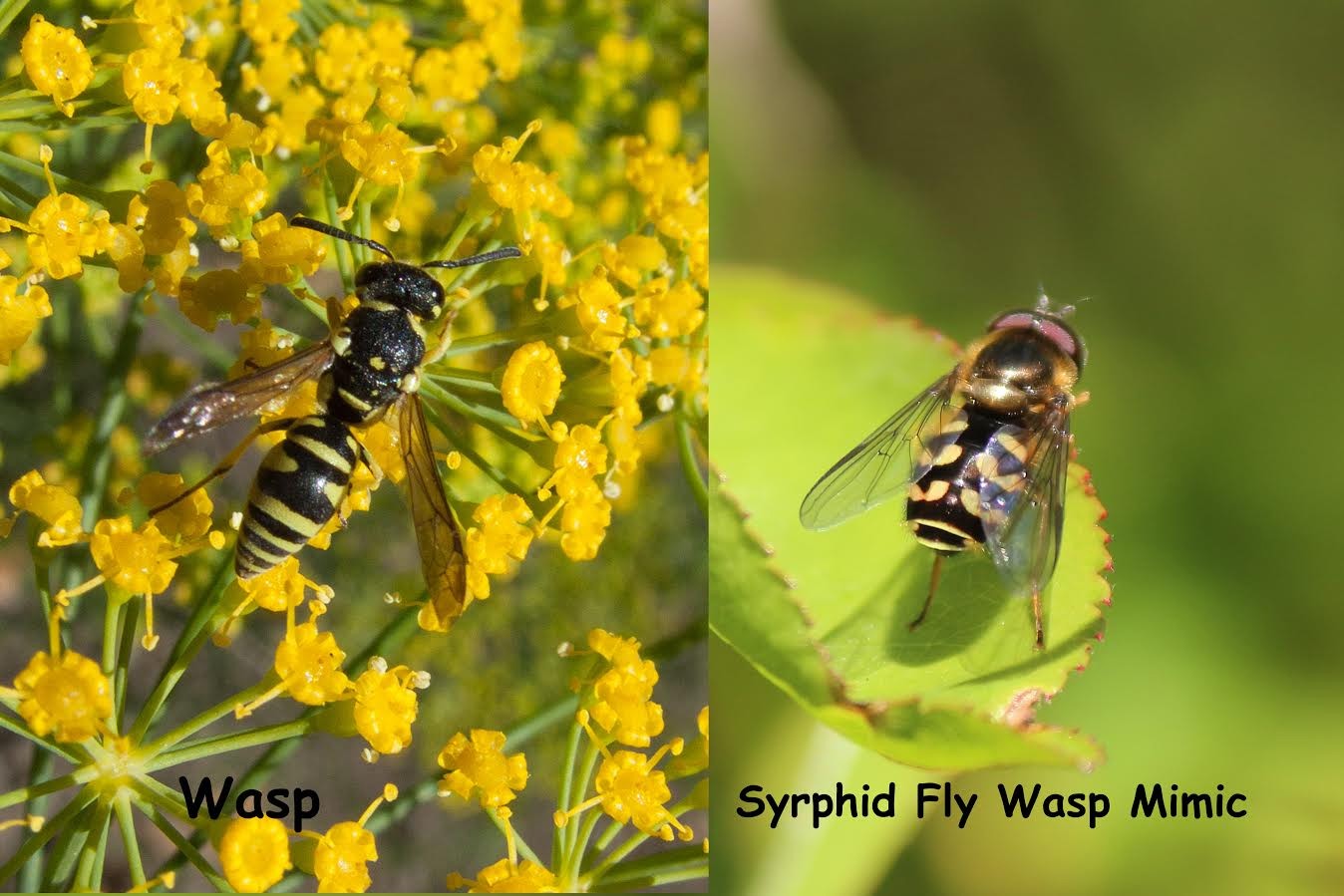 Interestingly enough, today when I was again buzzed by something I found it was actually a bumblebee this time. So, the fly not only copies the bee's protective coloring, but its annoying flight habit as well. And they say liars never prosper.