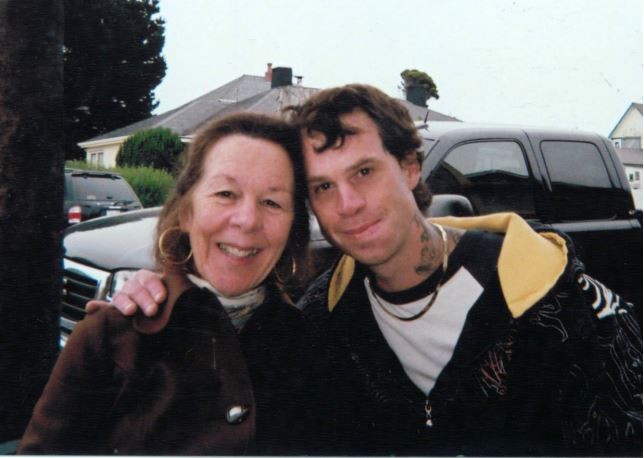 Attorneys representing the mother of Daren Borges, retired Humboldt State University professor Stephany Borges, have issued a statement in response to the announcement by Humboldt County District Attorney Maggie Fleming that her office does not intend to file criminal charges in connection with Mr. Borges’ death (Times-Standard 04/15/15, NC Journal 04/15/15). Woodland Hills attorney Dale Galipo, and Glendale attorney John Fattahi, have filed a federal civil rights lawsuit alleging that Eureka police officers, Humboldt County corrections officers, and employees of California Forensic Medical Group violated Daren Borges’ rights under federal and state law. That lawsuit is in its early stages and a trial date will be set on or about June 22, 2015, at a Case Management Conference before U.S. District Judge Yvonne Gonzalez-Rogers in Oakland. The statement follows:

Ninety-nine percent of the time, the DA works hand-in-hand with the same law enforcement agencies that had custody of Daren when he died, and the county is itself a defendant in Ms. Borges’ wrongful death lawsuit. Although the Borges family is deeply disappointed by Ms. Fleming’s statement, they understood all along that her investigation was likely to reflect these structural biases. Indeed, the DA’s office similarly found no criminal wrongdoing in the in-custody death of Martin Cotton II in 2007, which was the subject of a federal civil rights lawsuit in which a unanimous federal jury found that several EPD officers acted with criminal recklessness that was a cause of Cotton’s death.

Ms. Fleming’s statement omits the relevant legal standard for negligent homicide. Because of their special relationship with persons in their custody, law enforcement officers have an affirmative duty to protect them from foreseeable harm. An officer who recklessly ignores an arrestee’s serious medical needs, causing death, is guilty of involuntary manslaughter.

Ms. Fleming’s statement also ignores the fact that Daren’s death was preventable. He was taken into custody because a concerned citizen called to report that he was in bad shape. In fact, Daren suffered from schizophrenia and was apparently having a psychiatric episode on the day in question. Jail personnel were familiar with Daren’s mental health issues as they had been administering psychiatric medications to him when they released him from the jail just four days before his death. Drugs such as methamphetamine are often used by people like Daren with untreated schizophrenia, and officers know this. When the Eureka police officer arrived, he should have immediately recognized that Daren was helpless and needed immediate medical and psychiatric attention. We believe that Daren was incoherent and unable to communicate with the officer. Ms. Fleming’s statement ignores this crucial fact, but its silence tends to confirm our belief. Instead of taking Daren to the emergency room, the officer took Daren to the jail then apparently left him alone in the back of his car for several minutes.

At the jail, County correctional officers and private medical providers working under County contract failed to perform an adequate medical screening, which would have further demonstrated Daren’s immediate need for emergency medical care. Instead, Daren was locked in a sobering cell. Ms. Fleming’s statement implicitly acknowledges that nobody checked on Daren for nearly 90 minutes while his condition continued to deteriorate. By the time officers finally entered his cell and summoned medical attention for the first time that day, he was already dead. If jail personnel had even minimally performed their duty to assess and monitor Daren’s medical condition, his life could have been saved.

Similar disregard for the medical needs of Martin Cotton II in 2007—which the jury also found to be the subject of inadequate training by EPD—led to his tragic death in a sobering cell, but apparently no lesson was learned. How many more lives must be lost before the EPD and the Sheriff’s Department get their act together?

Following a review requested by the family of Daren Borges, who died in custody at the Humboldt County jail last June, District Attorney Maggie Fleming determined there was no evidence of crimes committed by the officers who arrested Borges or jail staff.

The Journal reported that Fleming initiated a review in early March, and Fleming released a statement today detailing the events leading up to Borges' death. Borges' mother has filed a lawsuit against the city of Eureka.

From the District Attorney's Office:

In response to a request by his family, District Attorney Maggie Fleming has reviewed the circumstances of the death of Mr. Daren Borges in June of last year. Two Deputy District Attorneys also reviewed all materials obtained from the Eureka Police Department and the Humboldt County Sheriff’s Office. The following summarizes the findings of the District Attorney.

On June 13, 2014 shortly after 2:00 pm, a citizen in Eureka called to report a male who appeared to be under the influence removing his clothes near the intersection of 7th and D. The citizen further reported that the male was throwing himself on the ground. Eureka Police Department dispatched an officer who contacted the person. The individual, identified at that time as Mr. Daren Borges, was arrested pursuant to Penal Code section 647(f) –public intoxication. The officer began transporting Mr. Borges to the Humboldt County Correctional Facility (HCCF) at 2:12 p.m.

Mr. Borges’ family provided information about two citizens who had been at the scene and found Mr. Borges’ cell phone. Both noted the officer was asking questions of Mr. Borges. One stated that the officer showed concern for Mr. Borges.

The Eureka Police Department provided continuous video and or audio of the interaction with Mr. Borges. Dashboard-camera video from the patrol car used to respond to the incident shows the officer driving to the location and then records the officer’s interaction with Mr. Borges. These images support the citizen’s perception that Mr. Borges was under the influence of drugs or alcohol. Audio recording in the patrol car covers Mr. Borges’ entry into the car and transport to the HCCF. The patrol-car audio and video from cameras at the HCCF cover the arrival of Mr. Borges at the facility at 2:17 p.m. Mr. Borges remained in the vehicle while the officer left and prepared paperwork. Mr. Borges was directed to exit the vehicle at 2:23 p.m. and walked into the intake area of HCCF. Video surveillance within the HCCF covers Mr. Borges being placed in a cell at approximately 2:39 p.m. and shows him alone in the cell until the point the correctional officers enter to check on him at 4:02 pm. Medical staff at HCCF enter the cell about 2 minutes later. The Fire Department and an ambulance responded at 4:09 p.m. and transported Mr. Borges to St. Joseph Hospital where he was pronounced dead at 4:34 p.m.

The pathologist’s report states: “Considering the circumstances surrounding his death, as I understand them at this time, death is attributed to the toxic effects of methamphetamine which the decedent had in his blood in an extremely high level. …The high level suggests he ingested a large quantity of the drug prior to being confronted by the Eureka PD officer on the street.”

In summary, a very complete record of Mr. Borges’ interaction with law enforcement yields no evidence of criminal conduct by any law enforcement or correctional officer. The autopsy identified ingestion of a toxic level of methamphetamine as the cause of death.

District Attorney Maggie Fleming has notified the family of her findings and expressed to them her deepest regret for the loss of their son.