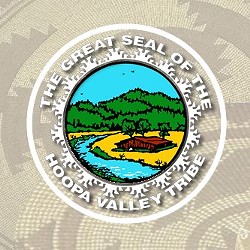 The attempt to legalize marijuana growing on Hoopa tribal lands has been defeated.

Unofficial results of yesterday’s Hoopa Valley Tribe election show the measure, which would have repealed a ban on any marijuana cultivation — medical or otherwise — that’s been in effect since 1999, failed by a wide margin (63-36).

The movement was launched when the U.S. Department of Justice announced last year that it would look the other way when it comes to marijuana grows on tribal lands. Proponents, including former Tribal Chairman Clifford Lyle Marshall Sr. and tribal member Leilani Pole (who appears to have won a seat on the tribal council, according to the same preliminary election results), argued that allowing cultivation would bring existing grows out of the shadows, improve the Hoopa Tribe’s economy and potentially help the tribe secure water rights.

A recent Times-Standard article profiled the opposition, which largely focused on the environmental damage associated with growing marijuana. That campaign, apparently, was effective.

The early election results also show that Ryan Jackson was elected as won the primary for the Hoopa Tribal chairman. He and George Byron Nelson Jr. will have a run-off for the seat in June. Pole and Marjorie Colegrove have narrow victories in their districts, and will face Wendy "Poppy" George and Gary Risling in the June election, respectively. 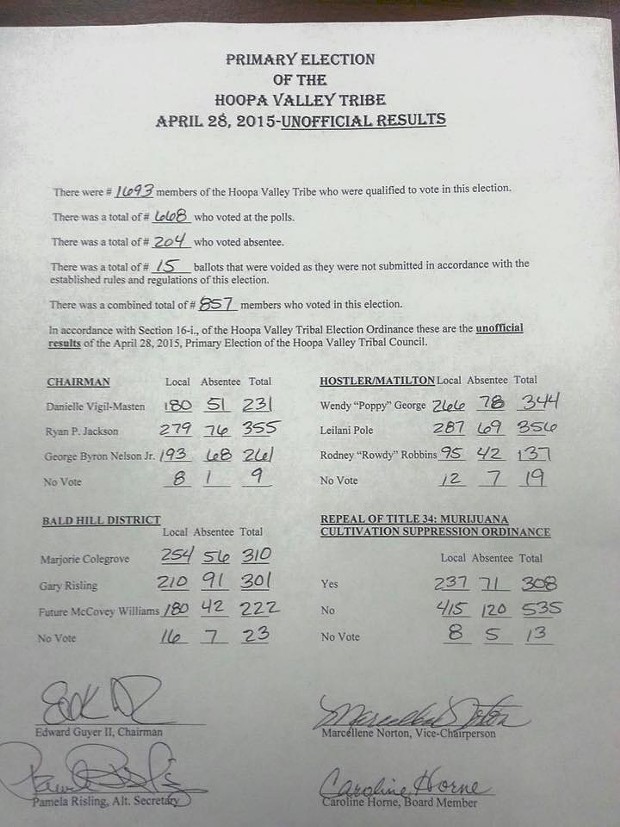 NOTE: This post was updated to correct an error about the primary election.