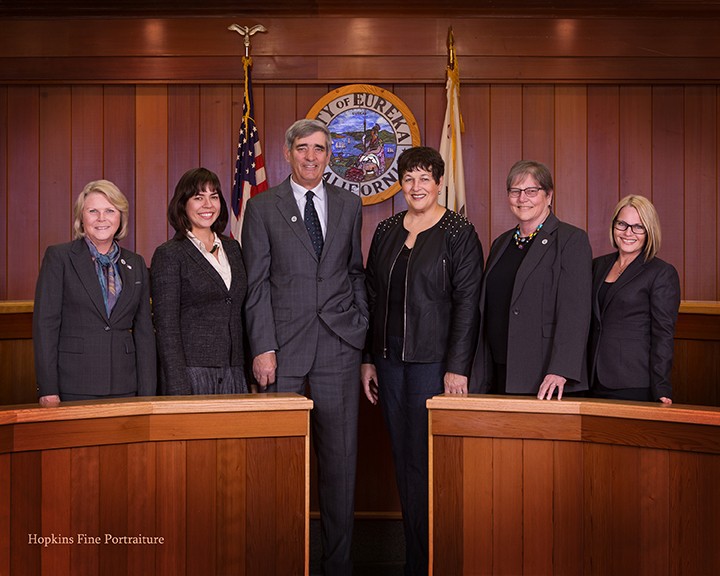 Eureka’s tough budget year may go from bad to worse.

News broke this past week that — despite voters’ approving a sales tax extension in November that’s supposed to keep more $4 million coming into city coffers annually — the city is looking to erase a $2.3 million deficit, which equates to about 10 percent of the city’s general fund. That has the city’s police and fire departments each looking to shave more than $700,000 from their budgets for the coming fiscal year.

But City Manager Greg Sparks is also cautioning that the picture might grow worse, as state mandated water restrictions might deepen the deficit. If the state holds firm with its mandate that local municipalities reduce water consumption by 24 percent this year, that could equate to roughly $1.5 million in lost revenue for the city, between its water and sewer funds.

While customers would be using less water under the mandate and Eureka would consequently be buying less water from the Humboldt Bay Municipal Water District, the problem is that Eureka would still face the same costs to maintain and operate its water and wastewater distribution and collection systems. “The reduction wouldn’t do anything to reduce the costs of maintaining the system,” Sparks said.

And the city’s wastewater and water reserve funds are pretty “light,” as Sparks put it, and wouldn’t be able to supplement the lost revenue. That means the city would have to tap its general fund to bridge the gap at the expense of other city services.

But Sparks cautions that this is pretty hypothetical, more a worry looming on the horizon than a crisis starring the city directly in the eyes. The city, the county and the water district have all asked the state to reconsider it’s water reduction mandates, pointing out that Ruth Lake — from which Humboldt draws its water — is full. And, even if the state doesn’t back down and demands the reductions, customers won’t cut their use immediately.

And, the possibility of rate increases to offset the lost revenue is on the table as well, Sparks said, though approving and implementing water fee hikes is a lengthy process.

Chief Building Official Brian Gerving cautioned at a recent council meeting that these state mandates are likely a new normal, as consecutive drought years have brought California’s water crisis to the forefront of the state’s attention.

Last month, the council approved a resolution implementing emergency water shortage regulations, including restrictions on how residents water lawns and prohibitions against restaurants serving water unless customers request it. Water reductions are clearly on the way in Eureka, whether or not the city gets a reprieve from the 24-percent mandate.

The city is slated to end this fiscal year with a projected $676,000 in reserves, which represents about 2.7 percent of the city’s general fund and a fraction of the city’s stated goal of having a 16.7 percent ($4.2 million) reserve.

Plainly, the city doesn’t have much of a cushion. So the fallout of whatever comes from the water restrictions seems likely to be pulled from other city services or passed on to customers, which would leave them paying more in exchange for using less water.