Bigger Numbers or Just Better Data? Point in Time Count is Out 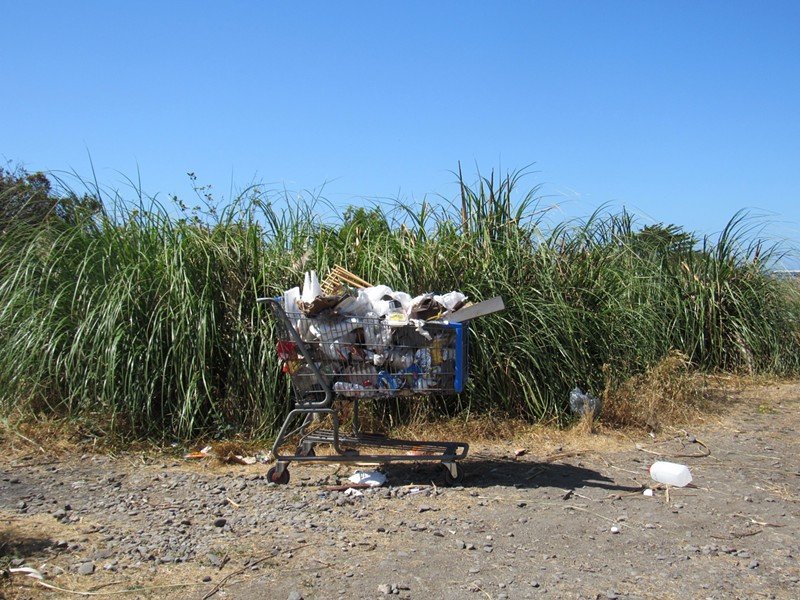 The Humboldt Housing and Homeless Coalition released a final draft of its Point in Time Count today, which you can find here. While the overall figures seem to indicate a jump in the number of homeless people in Humboldt, (1,319 people in 2015, up from 1,054 in 2013), organizers of the biannual tally say that improved methods, including a shorter form, may have contributed to more complete data.

As the Journal originally reported when the PIT Count's draft went out for review, some volunteers felt the count fell short. The Department of Housing and Urban Development, which sponsors the count, does not include people living in clean and sober housing, those "doubled up" with friends, or give a complete picture of the number of homeless children, which the Humboldt County Office of Education estimates at close to 1,000. At least one attempt to tally volunteers at the Hikshari' Trail was disrupted by police serving notices to campers of an imminent cleanup and rumors of a government 'round up.'

Some advocates in Southern Humboldt say the tally, which was done in late January, gives an inaccurate picture of the impact transients can have during the fall months, when migratory workers flood Garberville and Redway looking for seasonal work on marijuana grows.

One thing that appears to be clear is that the number of those without a bed far exceeds the beds available. In Eureka alone, where more than half of Humboldt County's homeless live, there are three times as many heads as there are emergency shelter beds.

From the Humboldt Housing and Homeless Coalition:

The 2015 homeless Point in Time (PIT) count report has been finalized, showing a total of 1,319 homeless, including 32 children—265 more homeless people than were counted during the 2013 PIT.

More than 30 agencies and 100 trained volunteers assisted in this year’s PIT count which showed Eureka having the county’s largest homeless population, followed by Arcata and Southern Humboldt.

The biennial PIT count, conducted by the Humboldt Housing and Homeless Coalition (HHHC), documents the number of sheltered and unsheltered homeless persons. The count takes place in communities across the U.S. on a single night in January. For Humboldt County, this year it was Jan. 27.

Starting the morning after and going through the week, volunteers connected with homeless people throughout the county to administer voluntary surveys with questions about age, physical and mental health status and where they had slept on the designated night.

“This year we had a lot of community interest and more volunteers participating in the count than in previous years,” said Barbara LaHaie, co-chair of the HHHC and assistant director, programs, for the Humboldt County Department of Health & Human Services (DHHS). “These numbers are so beneficial to the HHHC and assist us in determining how best to use our resources.”

The count is a U.S. Department of Housing and Urban Development (HUD) requirement. Information gathered during this count is used by local planning departments and by county nonprofit agencies in applications for grant funding and planning.

Although there are various definitions of homelessness, HUD’s definition includes the following four categories:

People living with friends or relatives, as well as people staying in motels, are not considered homeless, per HUD’s definition.

The count is not scientific, but provides a picture of the homeless population at a specific point in time.

“It provides a snapshot of our homeless on a specific night,” said Karen “Fox” Olson, executive director at Arcata House Partnership and co-chair of the HHHC.

She said this year’s PIT was a success, which she credits to a few things.

“We simplified the survey, the volunteers were great and the California Center for Rural Policy (CCRP) at Humboldt State University analyzed the data and provided us with a final report. This year is the best data collection the HHHC has ever done.”

Sheltered indicates sleeping in a motel, in a trailer or RV, emergency shelter, transitional house or “couch-surfing” on the night of Jan. 27.
35.7%

Unsheltered indicates sleeping in a car, on the street, outdoors or in an abandoned building on the night of Jan. 27.
64.3%