"We had kids getting off the school bus and telling us they were hungry," says Heidi Benzonelli, president of the Westside Community Improvement Association. The WCIA's community center, the Jefferson Project, is located in the old Jefferson Elementary School and offers and oversees free programs to community members, including after-school care. Jefferson Elementary closed in 2005. Benzonelli says the programs provide a way to counter the "social disruption" that happens when children are bused to schools far away from their homes.

"The community center provides social identity" she says. "The West Side has the highest ethnic diversity and lowest median income in Eureka. We believe that if we invest in the children, we invest in the community. One of the things we found is a multi-generational dependence on cheap, processed food." 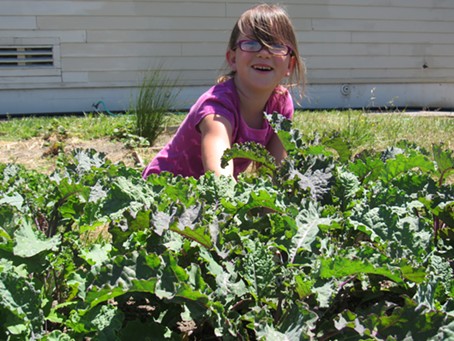 With the help of several local businesses and organizations, Jefferson launched a free summer meal program last year. Food for People helped distribute food in 2014, and by 2015 the program had a fully certified kitchen. It also had its garden approved by the U.S. Department of Agriculture, which allowed local kids to plant seeds, tend plants and enjoy the full farm-to-table experience.

Along with providing healthy food for children under 19, the community center also offers a free summer enrichment program to West Side residents. Public schools often serve as an important safety net for low-income kids, filling nutritional gaps and providing childcare for working parents. When school lets out, many families struggle. The Jefferson Project gives them an alternative. It also helps provide job training for teens and adults. With a fully-certified kitchen, volunteers can earn their food handlers certification. A California Conservation Corps crew also recently earned college credit in green building by helping renovate an energy-efficient meeting space.

The lunch, served at 1 p.m Monday through Friday, includes balanced servings of grains, protein, fruit and vegetables. A snack is also served at 3 p.m. Many of the vegetables are grown in the adjacent garden, which relies on water from a rainwater diversion system. The building's gutters feed into basement storage and then the water is pumped into external storage tanks. Benzonelli says that passer-bys will occasionally turn off the drip lines that are watering the vegetables or call with concerns that they are "wasting water," but she says no one should worry: City water is not being used, and nothing is going to waste. 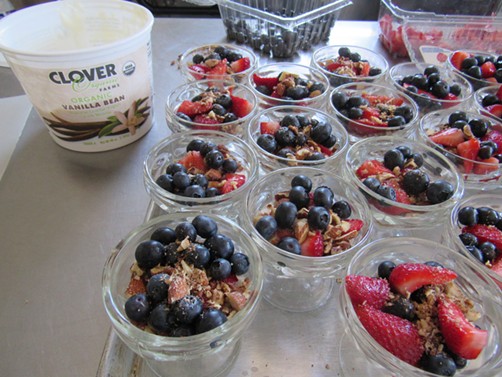 Benzonelli says that Eureka Natural Foods has been a big supporter of the project as well, donating lots of organic food for the kids. The store will also invite shoppers to round up their purchases August 24-30, donating the extra cents to the Jefferson Project via the "Change for Change" program. On its busiest days, the community center feeds as many as 30 children. 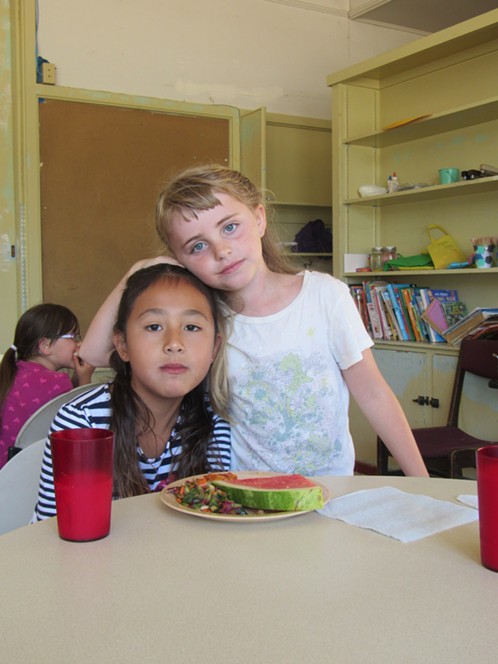 Although the salad was the last dish standing on most diners' plates, the kids had no problem wolfing down the pizza on a whole-grain crust, the glasses of milk or slices of juicy watermelon. Friends Patti Henderson and Victoria Heiser, sitting together at one of the small round tables, said they liked the watermelon the best. Victoria has been attending the meals along with her father, a parent volunteer, since the beginning of the summer, and invited Patti to join her two weeks ago. The two also attend school together.

"She's really good at math," says Patti of her friend.

This year they also helped in the garden.

"We picked lots and lots of flowers," says Patti.

Afterwards, Patti and Victoria joined the throng of children competing to do the dishes. The winner always gets a prize.

"We're teaching the kids how to cook, and doing the dishes is part of cooking," says Benzonelli. "It's hard to quantify the social benefit of a program like this."