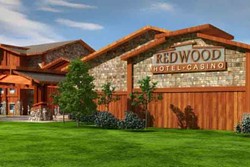 The Yurok Tribe is alleging that it fell victim to a conman who bilked the tribe of $250,000 as it pushed to finance the opening of its new Redwood Hotel and Casino in 2014.

In a letter last month to tribal members, Tribal Chair Thomas O’Rourke Sr. explained that, in an effort to fund staffing and operational start-up costs for the casino in the spring of 2014, the tribe set up an arrangement to borrow $8 million from the nonprofit Humanitarian International Services Foundation, run by Charles “Duke” Sheehan, a 70-year-old maybe doctor based in Cumming, Georgia. Under the terms of the agreement, on June 8 the tribe deposited $250,000 into an escrow account that was supposed to fund “due diligence fees” and help pay financing costs, according to the letter. The problem was that four days earlier, unbenknownst to the tribe, Sheehan had been indicted by a federal grand jury for running a fraud scheme in Georgia and Ohio.

When Sheehan failed to make good on his promise to deposit the first $1 million of the arranged $8 million loan into a tribal account, the Yurok council began making inquiries and learned that its $250,000 had been wired out of the escrow account immediately after it was deposited.

The tribe has forwarded this information on to the Del Norte County District Attorney’s Office, which has launched an investigation, according to chief investigator AC Field, who described the alleged fraud as akin to getting an email from a Russian emissary looking for help getting $50 million into the United States and asking folks via email to deposit $5,000 into an overseas account. “We’re looking into it,” Field said, adding that he’s been in contact with federal agencies about the case. “I’m going to give this 100 percent and we’re going to see what we can do. But it definitely has its challenges for a local investigator because of the jurisdictional issues that we face.”

Field said he’s not aware of any other local victims in the case.


The deal was that Westbury would invest $1 million to get $40 within a year’s time. According to the documents, Sheehan claimed the foundation had about $5 billion in assets, though tax documents show it was actually more than $400,000 in debt at the time. Sheehan told Westbury that if it invested $1 million, his foundation pool that with $30 million of its funds to leverage billions of dollars in markets in London and Germany, ultimately funneling $1 million a week back to Westbury for a span of 40 weeks. Westbury never saw any of that money because, according to federal prosecutors, Sheehan immediately withdrew its $1 million, keeping $250,000 for himself and using the balance to pay various debts.

Court documents in the case indicate Sheehan strung Westbury along for more than a year, promising repeatedly that payments were imminent, contingent on some transaction processing in some far-away place. 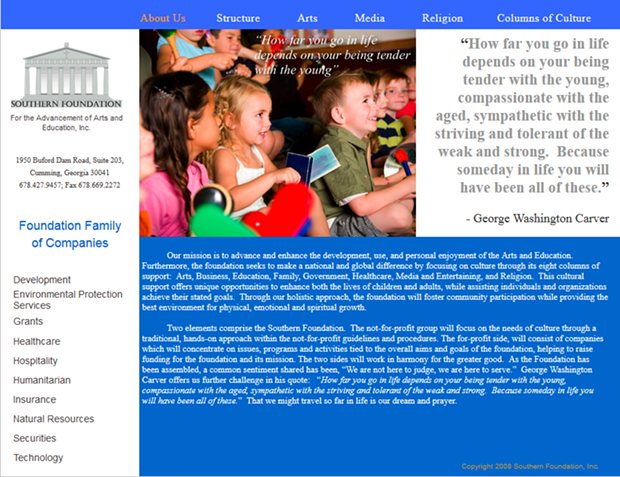 As he allegedly did with the Yurok Tribe, Sheehan presented himself to the Ohio group as both a PhD and an MD, and, according to court documents, he insisted to federal investigators that he’d received both degrees from Douwid University in Pakistan. But the only records investigators were able to find for Sheehan show he completed just a year of schooling at Wilbur Wright College in Chicago back in 1965. Investigators' Internet searches for Douwid University brought up only a handful of references, all of which were related to Sheehan’s own claims, according to the documents. Prosecutors also note that Department of Homeland Security records indicate Sheehan only got his first passport in 1997. “Furthermore,” states a sentencing memorandum prepared by the U.S. Attorneys Office, “despite his claimed employment with various medical entities over the years and his claim that he ‘developed the first outpatient surgical center in Illinois in 1980,’ Defendant Sheehan has never been licensed to practice medicine anywhere in the United States.”

Now, none of the information regarding Sheehan’s Ohio swindle was public last spring, when the Yurok Tribe was frantically working to finance the opening of its new casino and hotel. Because construction delays stretched the tribe’s budget and pushed back the opening, the tribe needed additional money for start-up costs, which included a surveillance system and gaming machines. According to O’Rourke’s letter, the tribe was pursuing an almost $5 million loan from Pinnacle Bank that included a 90 percent guarantee from the Bureau of Indian Affairs. But the guarantee delayed the process, and the loan ultimately wasn’t finalized until September 2014. In the meantime, the tribe needed money. In May of 2014, it transferred $1.7 million in “carbon credit discretionary funds” to help get the casino up and running, according to the letter.

The tribe also “pursued loan opportunities from a number of banks and other lending institutions,” the letter states. It was during this process that tribal Vice Chair Susan Masten told the Yurok Tribal Council that she “was in the process of obtaining a personal business loan and asked the Tribal Council if they wanted her to contact the investment company she was working with to see if there was an opportunity for the tribe to secure a loan to meet the needs of (the Redwood Hotel and Casino),” says the letter.

With the council’s approval, Masten contacted Christopher Deceannett, who then introduced her and the tribal council to Sheehan. By this time, federal tax records show, Sheehan had changed the name of his Southern Foundation for the Advancement of Arts and Education, which he founded in 1998, to the Humanitarian International Services Foundation. 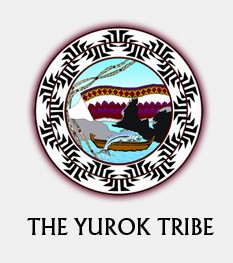 When Sheehan spoke to tribal representatives, according to O’Rourke’s letter, he told them he was a retired doctor and long-time philanthropist, and that his foundation was the philanthropic arm of several companies that he held financial interests in. The foundation, he reportedly said, regularly provided 10–year loans to charitable causes, many of which would be forgiven during the loan term.  "He sounded really good," said Councilperson Mindy Natt, adding that the council felt Sheehan came referred to the tribe by credible sources and came off well in initial email and phone correspondences. "He used his Christianity, and said he had helped a lot of people, people that came from poverty. ... We thought it was a good idea, and something we'd all hoped for. We didn't know it was going to be a fraud."

Before agreeing to the deal — which would see the tribe deposit the $250,000 into an escrow account with the belief it would soon receive a $1 million installment on the $8 million loan from Sheehan’s foundation — the tribe did some due diligence, according to O’Rourke, but it was rushed.

“The Office of the Tribal Attorney did a basic review of the foundation and the loan documents, but was requested to do this quickly as the paperwork was to be submitted as soon as possible to meet the foundatin’s funding cycle,” the letter states. “The HIS Foundation was a registered nonprofit in Georgia and the attorney for the escrow account was licensed with no violations.”

With that information, the council approved entering into the loan agreement on May 28, 2014. But it seems a little more digging would have raised some red flags. Federal form 990s — annual financial statements that the IRS requires nonprofits to file — show that in 2013, the HIS Foundation reported less than $400,000 in assets, was operating out of Sheehan’s home address and listed him as the only employee or officer. It also estimated that as the foundation’s “chairman” he devoted zero hours  a week to the position. Other documents list Sheehan as the foundation’s CEO, CFO and secretary.

The foundation didn’t file form 990s for 2012, 2011 or 2010 — which may explain why its tax-exempt status was suspended briefly in 2014 — but forms for 2008 and 2009 paint a similar picture. None of the forms on record list any charitable contributions or paint the picture of a foundation with the assets to facilitate multi-million-dollar loans.

The tribe’s chances of recouping the allegedly heisted funds don't look great. Court documents indicate Sheehan has no substantial assets, and he’s already been ordered to repay the $1 million he pocketed in that deal. And it will be three years before the then 73-year-old is to be released back into society. In the meantime, the court has ordered that if Sheehan is able to secure a prison job during his incarceration, he’s to pay $25 per quarter toward his $1 million obligation. If he lands higher-paying prison work, he’s to devote 50 percent of his earnings toward the debt.

Natt said Masten — who served as the primary point of contact between Sheehan and the council — was also defrauded in the personal loan she arranged with him, losing the $5,500 she put down to facilitate the deal. Even after Sheehan's group missed its initial deadline to turn the first $1 million of the loan over to the tribe, Natt said she and the council maintained faith, which lasted for months as Sheehan "strung" them along. It wasn't until the council learned of Sheehan's indictment and pending case, Natt said, that the council finally figured it had been swindled.

If the allegations facing Sheehan are true, it would mark the second time in the last five years that the Yurok Tribe has seen someone make off with tribal funds through fraud or embezzlement. Back in 2012, the tribe was rocked with news that its now former forestry director and a local biologist successfully conspired to bilk the tribe of almost $900,000 through a scheme of fraudulent work orders and invoices. (Read more about that here.)

Moving forward, according to O’Rourke’s letter, the tribe will work to keep its members informed about the criminal investigation. “We will provide you with the policies and procedures which will prevent this type of fraud from occurring against the tribe in the future,” O’Rourke says, concluding his letter to tribal members.

Meanwhile, Field said he’s in the process of trying to secure search warrants in other states to track the movement of the tribe’s $250,000 and Sheehan’s finances. Field said he also believes there are multiple suspects in the case whose conduct needs to be investigated.

Natt said the tribe has hired a private investigator to look into the matter as well, and plans on updating tribal members on the status of that investigation at an annual meeting later this month. For her part, Natt said her confidence is shaken.

"I think it's important to note that this happens all over the world," she said. "People are getting swindled out of their money left and right. This is the first time this has happened to the tribe, and we're trying to fix it so it doesn't ever happen again. ... I was really persuaded by this guy that this was going to be an excellent thing for the tribe and I really thought it was going to happen. When I found out he'd stolen $1 million (from Westbury), I was like, 'Man, I'm never trusting anyone again.'"