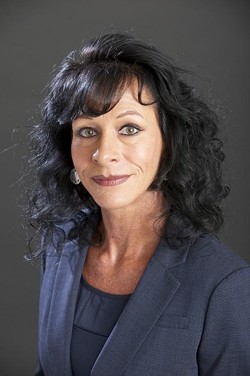 Jacquelyn Bolman, former director of Humboldt State University's Indian Natural Resources Science and Engineering Program, has filed suit against the university in Humboldt Superior Court, according to an article in Indian Country Today.

Bolman alleges that her free speech, right to due process and civil rights were violated after she was fired in October 2014. The firing, which Bolman says was a retaliatory action after she criticized the University's "under-representation of minorities," was marked by weeks of student protests.

Bolman, who is currently working for the Wiyot Tribe, is demanding reinstatement to her position at HSU, and is seeking a jury trial in Humboldt County Superior Court. The University has filed its own complaint requesting the case be moved to a U.S. District Court.

Bolman's attorney, Peter Martin, declined to comment on the case. University spokesperson Frank Whitlach emailed a two-sentence statement, saying, “HSU respect Ms. Bolman’s right to file a lawsuit. We will vigorously defend against the allegations raised in the complaint demonstrating our actions were based on legitimate business reasons.”