Light on the Water 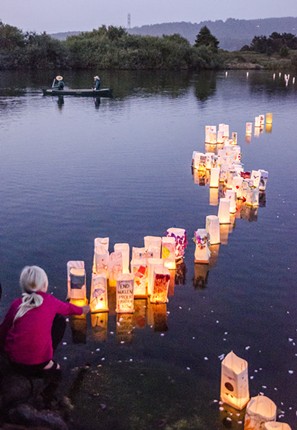 A lantern-making workshop gathered a larger than expected crowd on the Arcata Plaza on Saturday, Aug. 15 in preparation for that evening’s 33rd annual Lantern Floating Ceremony at Klopp Lake in the Arcata Marsh and Wildlife Sanctuary. (See slideshow below.)

Adults and children alike sat in the warm morning sun as they made their personalized “remembrance” lanterns. The Lantern Floating Ceremony, based on the Japanese Obon tradition of honoring the departed, has become a way of remembering those who died 70 years ago in the atomic bombings of Hiroshima and Nagasaki.

“This is also an occasion for our community to rededicate itself to peace,” said Maggie Shaffer, one of the event organizers. The city of Arcata helps host the event, which was first organized by the city’s Nuclear Free Zone Committee.

Since that committee’s disbanding, other community groups have kept the event afloat with the help of the city. Volunteers organized the lantern-making workshop, moved the hundreds of lanterns from the Plaza to Klopp Lake’s shoreline and staffed the boats for retrieving the lanterns after the event.

A larger crowd than last year gathered just before sunset for the program at Klopp Lake under clear skies. Arcata Mayor Michael Winkler introduced the evening program and later offered comments about each of three large lanterns floated in a new ceremony in homage to “past, present and future.” Damion Sharpe, of Eureka, sang an original song, followed by sing-alongs led by the Raging Grannies group and Fry Wolhandler. Two high school students who participated in the Northcoast Peace Poetry and Art Project read their original poems. Andy Sehic, of Arcata, recounted her experiences living in Sarajevo in 1992 during the Bosnian War. She challenged the audience to remember those lost in war and to seek peace.

After the program, as twilight began, one could feel the energy and emotions fill onlookers as organizers began launching the lanterns with lighted candles inside. Many sought out their personalized lanterns and launched them into the calm water. Finally, a small breeze eddied against the shore and carried the lanterns and their messages out on the water. 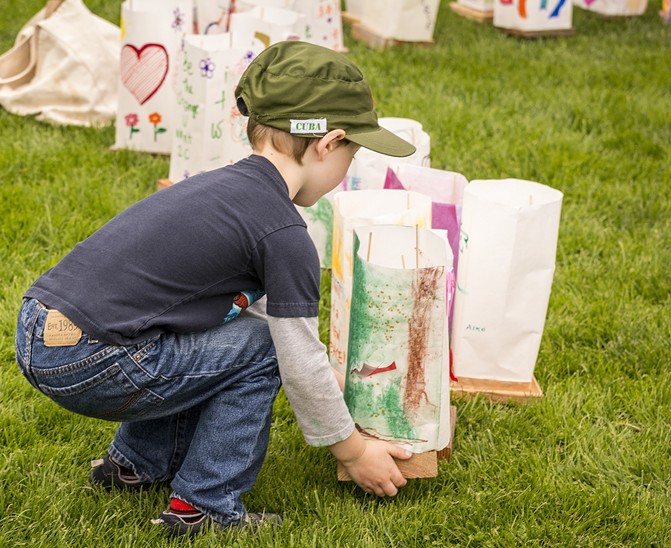 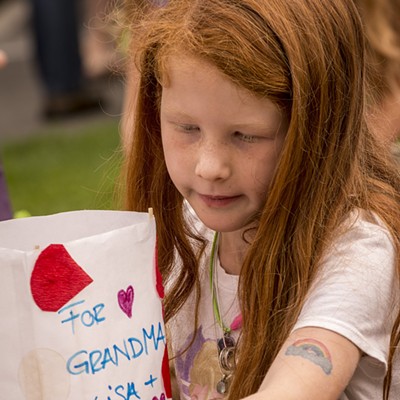 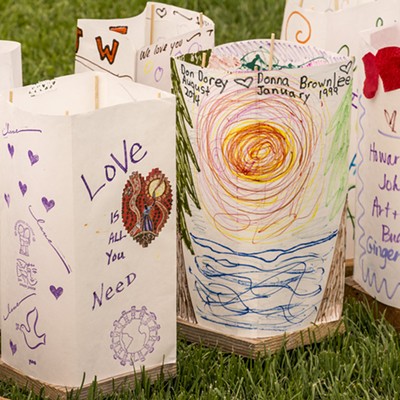 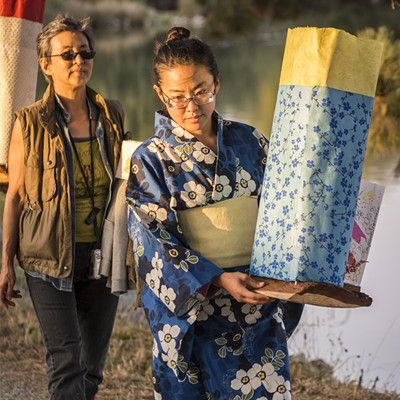 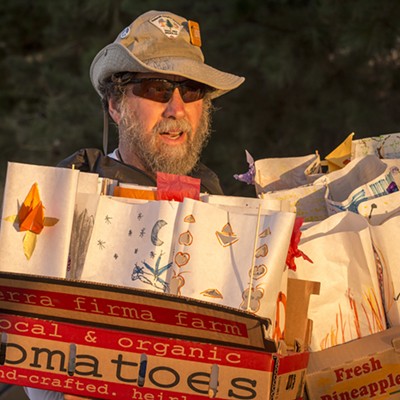 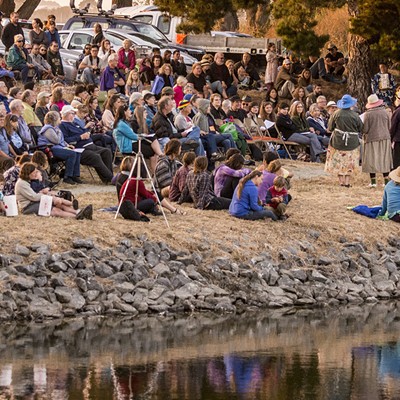 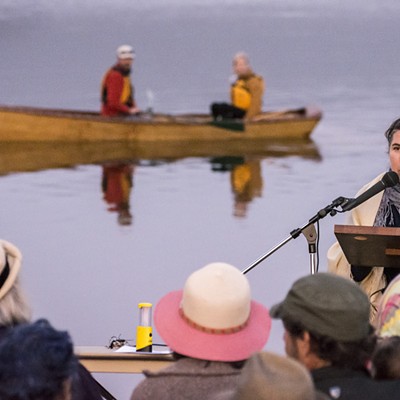 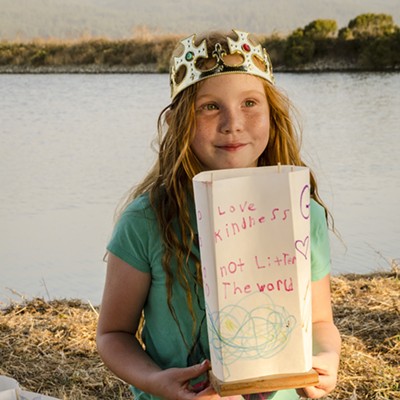 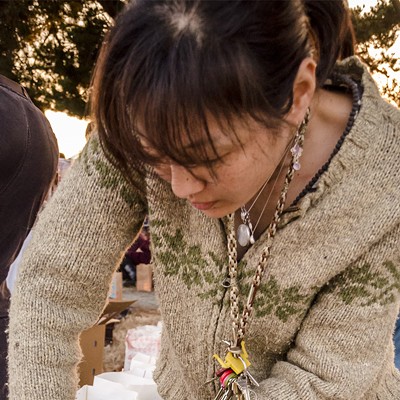 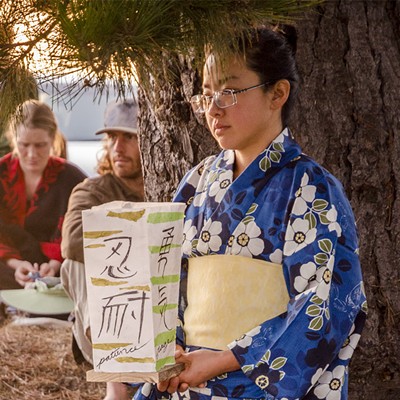