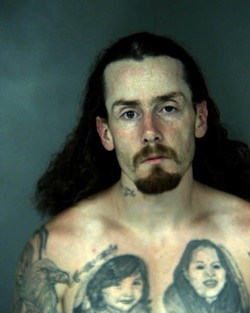 The Humboldt County District Attorney’s Office is bringing in a special prosecutor to try the double-murder case of Jason Anthony Warren.

Neither District Attorney Maggie Fleming nor Public Defender Kevin Robinson, one of the attorneys representing Warren, would comment on the move, citing a gag order looming over the case. But Mendocino County District Attorney spokesman Mike Geniella confirmed the move Monday.

Geniella said discussions about the move have been taking place for the better part of a year, noting that his office has an excellent working relationship with Fleming, who worked alongside Sequeira when both were in the Contra Costa County District Attorney’s Office.

Sequeira has worked as a prosecutor for more than 30 years, including 27 with Contra Costa, and has tried more than 30 murder cases, according to Geniella.

Because Fleming declined to comment even generally on the move, citing the gag order in the Warren case, it’s unclear why she’s made the decision to bring Sequeira in to handle the case. But on the campaign trail before taking office in January, Fleming spoke openly about what she perceived as a lack of prosecutorial experience in the office. The office also is — and long has been — facing a backlog of time-consuming homicide cases.

Among the highest profile of those, is the three-year-old Warren case, in which he stands accused of torturing and murdering Dorothy Ulrich in her Hoopa home before stealing her car and using it to run down three runners on Old Arcata Road, including Humboldt State University lecturer Suzanne Seemann, who was killed. Warren has pleaded not guilty in the case and faces life in prison if convicted.

Warren’s case has been beset with repeated delays, most recently when the trial was pushed back to Sept. 28 after being reassigned to a new judge. Whether Sequeira’s coming on to prosecute the case will cause additional delay is unclear, but Geniella said Sequeira is familiar with it, noting that, shortly after taking office, Fleming asked him to review it, wanting a fresh, independent take on it.

Sequeira successfully prosecuted a host of high-profile murder cases while in Contra Costa, some of which captured national headlines. Most notably, he won the conviction in 2005 of Jimena Barreto, a nanny who, with three prior DUI convictions on her record, ran over two kids while drunk and high on prescription painkillers, then fled the scene as they lay dying on the sidewalk. In another case that captivated the nation, Sequeira won a second-degree murder conviction in the case of Susan Polk, a woman who fatally stabbed her psychiatrist husband.

“He’s very highly regarded,” said Geniella. “He just has a wide range of experience in murder trials. I can understand why Maggie reached out to him and this office. … He’s very smart, savvy, clear and articulate.”

Geniella also raved about Sequeira’s work in Mendocino, saying he’s done a great job of overseeing operations and helping the office operate more efficiently. While he may be highly regarded, Sequeira’s career has also not been without controversy.

He left the Contra Costa DA’s Office in August of 2011 after being twice punched in the face in a 15 month period. The first came when Sequeira, then the office’s assistant district attorney, was arguing with his lead homicide prosecutor, Harold Jewett, over a letter to the editor Jewett had sent to a local paper criticizing the political climate in the office. (Sequeira and Jewett were supporting different candidates in the upcoming election.) The two were shouting at each other in the office when Jewett punched Sequeira in the eye, doing enough damage to require surgery. Sequeira subsequently sued the county and settled out of court for $50,000.

Then, in August of 2011 just before Sequeira left Contra Costa for Mendocino, there was a bizarre incident with a defense investigator. At the time, the Contra Costa DA’s office was by all accounts bitterly divided over the prosecution of a rape case in which both the accuser and the alleged victim worked in the office. Sequeira was assigned to help investigate the allegations and the defense investigator was waiting outside the office trying to serve him with a subpoena. According to news accounts, Sequeira apparently tried to dodge being served with the subpoena by hiding out in the office. But when he eventually left, the defense investigator, Mark Harrison, was still waiting for him and a confrontation ensued. According to the reports, Sequeira was pointing in Harrison’s face (it’s disputed whether Sequeira’s point actually made contact) when Harrison punched him in the mouth and held him down until police arrived.

Sequeira subsequently told the Press Democrat that he regretted not simply accepting the subpoena, despite Harrison’s “unacceptable and unnecessary belligerence.”

The exact terms of Sequeira’s arrangement with Humboldt County remain unclear as, citing the gag order, Fleming declined to discuss the matter. However, Geniella said Sequeira will technically be on leave from the Mendocino County DA’s office for the duration of the trial.

Hank Seemann, the husband of Suzanne Seemann, one of the victims in the Warren case, said he and other victims in the case got the chance to meet with Sequeira about a month ago and the prosecutor made a good impression. “I think he’s solid,” Hank Seemann said. “He’s been working on his own hours to digest the case and prepare, so I think he’s definitely ready.”

Whether the court will be ready to begin the trial on Sept. 28 remains to be seen. The case was recently reassigned to Judge Timothy Cissna, who’s been out of town and hasn’t formally accepted the assignment, according to Hank Seemann. A pre-trial conference is set for Sept. 16, at which point it should be clear if the trial will proceed as scheduled at the end of the month.