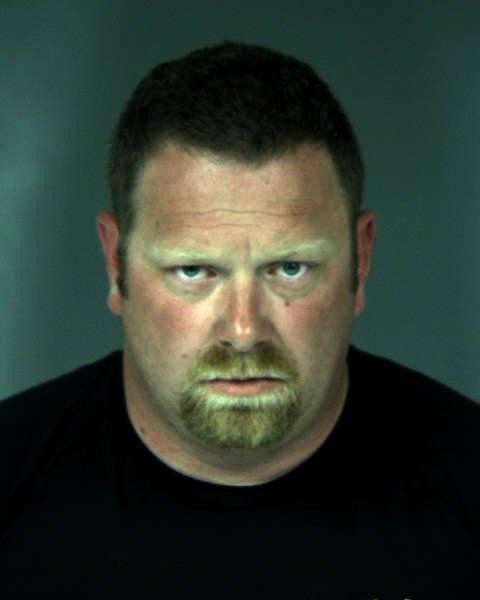 Former Rio Dell Police officer Kevin Harralson entered into a plea deal with prosecutors today that will see him placed on three year's probation and mandated to a 52-week domestic violence counseling program after pleading guilty to a single count of false imprisonment.

The deal also stipulates that Harralson will not appeal his termination from the Rio Dell Police Department or seek employment as a cop in any other jurisdiction for the duration of his probation.


Harralson was arrested in June and charged with two misdemeanor counts of battery on a cohabitant and one misdemeanor count of brandishing a firearm. The arrest marked the sixth time Harralson had been contacted by local police stemming from a domestic abuse allegation. One of those prior incidents led to Harralson's pleading guilty in 2003 to a charge of disturbing the peace, down from charges of false imprisonment, vandalism and battery. As a term of his probation in that case, Harralson was also mandated to take a 52-week domestic violence counseling program.

For more on the case against Harralson and the questions it raised about the Rio Dell Police Department's hiring process, see the Journal's July 16 cover story "Power and Control." The full press release from the Humboldt County District Attorney's Office is also copied below.


Today, former Rio Dell police officer Kevin Harralson pled guilty to a misdemeanor violation of Penal Code section 236, false imprisonment. He has been sentenced to three years of probation and the probation terms include participation in a 52-week domestic violence counseling program, have no contact with the victim, and not appeal his termination from the Rio Dell police department nor seek employment with any law enforcement agency for the duration of probation.
Prior to accepting his plea, the terms of the plea and sentence were discussed with both the current victim as well as his former wife and both agreed this was an appropriate resolution. His family appreciates his efforts at counseling and that he will agree to participate in a domestic violence counseling program as part of his probation.