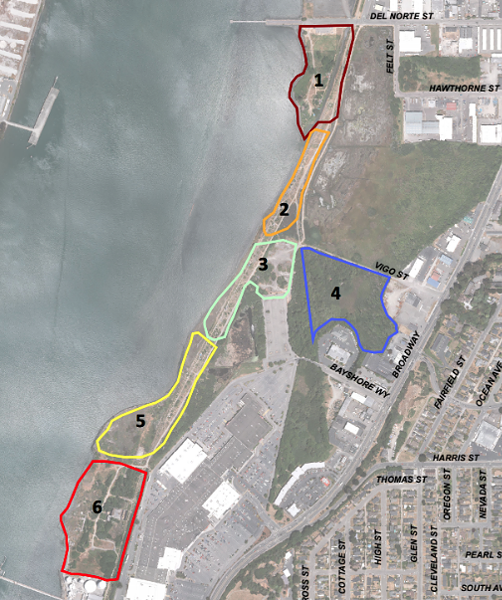 The Eureka Police Department and homeless advocacy group Friends of the Marsh are encouraging campers in the PalCo Marsh area to move their camps from directly behind the Bayshore Mall to the northern part of the marsh, away from the abandoned structures and closer to Vigo Street.

The push comes in response to two recent stabbings in the vicinity. Erin Powers-Taylor, of Friends of the Marsh, said condensing the campers will make it easier to provide services. She was in the area this morning speaking to campers and handing out rain jackets and ponchos.


Eureka City Councilmember Kim Bergel also visited in the morning rain to speak with campers. She said a recent "rash of violence" in the area inspired the EPD and others to herd campers north, where it would be "easier to ensure civility." During last night's city council meeting, Bergel announced that she would like to re-agendize clearing out the marsh encampments. Several ordinances meant to address illegal camping were tabled during the Sept. 1 city council meeting amid protests and hours of passionate public comment. Bergel said she and others are working on a definitive "exit plan" to be presented to the council on Oct. 14.

EPD Chief Andy Mills did not immediately return our calls regarding this matter.

Editor’s Note: The original version of this blog misquoted Erin Powers-Taylor, who did not use the word “condense.”