With great alarm, many articles have informed us that honeybees are dying out in record numbers. The phenomenon is called Colony Collapse Disorder. There are numerous theories from over use of neo-nicitonieoids insecticides, GMO crops, mites, climatological stress and a combination of all of the above. Like a plague, it has wiped out many hives of commercial bee keepers. The quote “If the bee disappeared off the surface of the globe then man would only have four years of life left. No more bees, no more pollination, no more plants, no more animals, no more man,” has been attributed to Albert Einstein. To the best of my knowledge he never said such a thing and he would have been unlikely to.

Yes, the demise of the commercial honeybee (Apis mellifera) would have some pretty dramatic consequences but I hardly think humankind would die out. For one thing, there are a great many insects out there ready to provide pollination services. Monitoring the flowers in my backyard throughout the year I see literally dozens of candidates. Bumblebees, leaf cutter bees, orchard bees, wasps of many species, butterflies and moths, flower beetles and many species of fly, to name some of the most obvious. 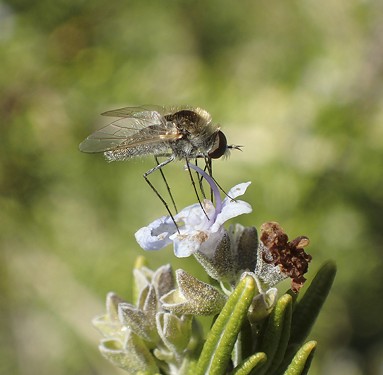 The second reason the potential demise of the honey bee is perhaps not the ecological disaster folks fear is that the bee of commerce is not native to the Americas, but is an imported species from the Old World. Before the Plymouth colony there were no honeybees in North America and there was a thriving ecology, arguably more robust than the one we enjoy today. Human-enhanced competition from the invader may well be a factor in suppressing the populations of many wild species many of which might just prosper if Apis were removed. 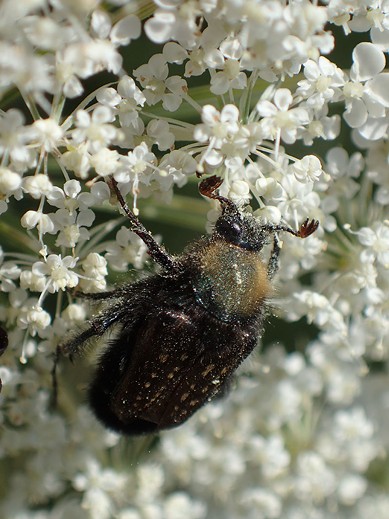 Don't get me wrong, I am not advocating wiping them out. Nobody can discount their value in pollinating important crops like almonds (almost 100 percent dependent on honeybees for crop success) but I doubt whatever the root cause of CCD may be that it is will likely wipe them off the face of the earth. Scientists are working overtime on the problem and mother nature has a way of balancing things out.

No matter what the outcome for Apis mellinfera may be, we can rest assured that there will be other species around to take up the slack.