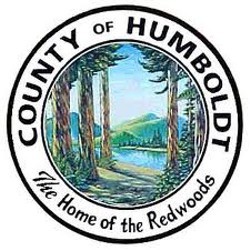 After three years of litigation over the county’s practice of “shading parcels,” the property rights group HumCPR and the county of Humboldt recently announced they’ve reached a settlement. What that means, however, is far from clear.

“We’re grateful to settle, but we’re concerned,” said County Planning and Building Director Kevin Hamblin, adding that he and his staff have yet to meet with county counsel to discuss the settlement, and its implications, in detail. “If you look at the settlement agreement in its entirety, it appears to us that it’s not entirely internally consistent.”

The term “shaded parcels” refers to those parcels in Humboldt County whose legal status is uncertain, and stems from the county’s practice of using a pencil to shade in such parcels on the county’s official parcel-map books, emblazoning them with a kind of “scarlet letter” announcing to all that their legal status was questionable. Some of the parcels that wound up shaded were or are, in fact, illegal, having been subdivided without going through the proper channels and processes. Others, however, were or are perfect legal, their uncertain status stemming from a clerical error or some other mishap. And some fall into some shade of gray, their exact legal status still shrouded in mystery.

Back in 2012, HumCPR filed suit against the county, likening the practice of deeming a parcel shaded and putting the onus on the landowner to prove its legality to extortion. The county hired an outside attorney to handle the case and has spent $88,000 to date in litigation, according to spokesman Sean Quincey.

On Sept. 21, HumCPR and the county agreed to a settlement and the following day both issued press releases announcing the terms of the settlement using similar but subtly different language.

According to the settlement itself, the terms are as follows:

1) The county has ceased its former practice of “shading” parcels whose legality is uncertain, a practice that is now expressly prohibited moving forward. Shading, under the settlement, also “includes any recordation in any electronic or computerized system or program of a parcel’s uncertain” legal status. The planning division now has 60 days to ensure the deletion of all “notations, recordings and references” to shaded parcels in all of its records.

2) The planning division shall complete its review of parcels that were labeled shaded back in 2011 and whose status remains uncertain. Owners of parcels once deemed shaded should be notified if their properties are found to be legal and compliant or illegal.

3) Following the aforementioned review, the planning division shall, based on the records in its possession, promptly notify owners of parcels whose legal status remains uncertain and advise property owners of their rights. The department shall maintain a list of parcels with undetermined legal statuses, updating it bimonthly and making it available to the public until its review is complete and every parcel in the county has a determined status. “In no event shall the list, or any information the list contains, be used in any manner contrary to the prohibition set forth above in (Section 1).”

4) HumCPR’s request to be reimbursed for attorney’s fees will be left for a court judge to decide.

In a conversation this morning, Hamblin said it seems to him the agreement at once has the county pledging to delete all lists of properties with questionable legal status and pledging to maintain such a list that’s publicly available. “We have a lot of questions,” Hamblin said. “We have to determine if this changes anything or if we’re going to be doing some things differently in the future. Right now, I don’t know. We haven’t met with county counsel yet.”

Hamblin said his department has long since stopped the practice of shading parcels and has been working diligently to determine the legal status of those that remain uncertain. The initial list of questionable parcels in the county numbered close to 1,600, said Senior Planner Cliff Johnson, but the department has gotten that done to about 600 or so, and has sent out notices to owners of the parcels deemed to be illegal.

One thing the settlement does, both Hamblin and Johnson said, is put the responsibility on the county to quickly and thoroughly investigate the status of any questionable parcels. But how it deals with the 600 or so that are currently in legal limbo remains unclear, at least to Hamblin and Johnson, at this point.

Below, find the press releases from HumCPR and Humboldt County. And click the PDF below to view a copy of the settlement agreement in its entirety.

HumCPR is pleased to announce the resolution of our legal action against the County of Humboldt pertaining to the County's former practice of shading parcels. HumCPR contended this practice was in violation of the California Subdivision and Map Act, and that – had it continued unabated – it would have been of great harm to landowners in Humboldt County.

After a legal battle that lasted nearly three years, HumCPR is thrilled that the parties have agreed to the following for the benefit of the citizens of Humboldt County:

The County will cease the practice of “shading” parcels, include current computerized records, and the practice is now prohibited. The County has 60 days in which to ensure the deletion of all references to shaded or uncertain parcel compliance status from its records.
The County shall finally make determinations on parcels of uncertain or “shaded” status to the maximum extent possible and promptly inform the owners of those parcels of the results of their findings.
For any parcels the County is unable to make a determination on, it shall promptly notify the owners of those parcels that it cannot resolve their parcels’ legal status and inform those owners of their right to seek a determination of status in accordance with the Map Act and the County Subdivision Ordinance.
Furthermore, the Planning Department will furnish a list of all parcels it has yet to make determinations on that will be available to the public for their inspection in order to allow any current or future owners the ability to avoid the injurious effect of unwittingly purchasing a parcel of uncertain status. That list will be updated bi-monthly until the County completes their review of all parcels of uncertain status.
The parties have also agreed that the attorney’s fees claim by HumCPR will be determined by the trial court.
HumCPR wishes to make special mention of our gratitude to Bill Barnum and Tim Needham for their contributions to this case; their dedication and expertise have been invaluable.

HumCPR is pleased that we were able to come to a resolution with the County prior to trial, and thank them for their willingness to cooperate with our organization.


The Humboldt County Board of Supervisors today agreed to settle a lawsuit filed in April 2012 by Humboldt Coalition for Property Rights regarding the county’s practice of “shading” parcels. The settlement will allow the county to avoid the time and expenses associated with trial, and instead focus on providing services to Humboldt County residents.

In September 2011, in an attempt to resolve the shaded parcel issue, the Planning Division sent letters to individuals who owned parcels of land where the legal status of that parcel was uncertain. These parcels were “shaded” in parcel-map books or otherwise noted in county records to indicate that a parcel’s compliance with the Subdivision Map Act is unknown. This lawsuit was filed in the spring of the following year.

According to the settlement, the county:

• has ceased its former practice of “shading” parcels and will not perform this practice in the future;

• will finish reviewing the parcels that received “shaded” parcel letters in September 2011, and will notify parcel owners whether it determined their parcel to be lawful;

• will, after reviewing the parcels for compliance, maintain a publically available list of parcels for which the county is unable to resolve its compliance status;

• will notify owners and carry out appropriate action when it acquires knowledge that property has been divided in violation of the Map Act.