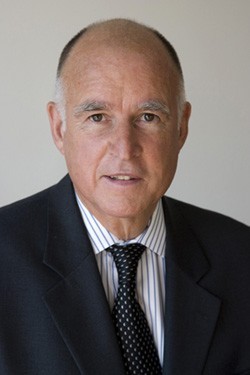 Local doctor Michael Fratkin, who began the palliative care program ResolutionCare featured in the Journal here, emailed the following response to the news that Gov. Brown had signed the bill.

Gov. Brown has signed in to law the 'End of Life Options' bill. That's quite something and reflects an electrified social conversation that is transforming healthcare.

I expect that the people of California will demand the highest possible quality of care and support for people with serious illness facing the completion of their lives, as well as their families and caregivers. This means greater access to palliative care services, especially for rural Californians.

I have always felt that the only one qualified to determine their path and destiny is the person themselves. I trust people to know themselves when they are seen & heard, as well a deeply informed and empowered. As the future arrives, we will approach our own path with the sobriety and humility called for by the respect and love we feel for the people that come to us for help.


Terminally ill patients will be able to end their lives with the help of a doctor in California next year, following Gov. Jerry Brown’s approval yesterday of a landmark right-to-die bill.

Brown, a longtime Catholic, wrote in a signing statement that he imagined himself dying and in pain.

“In the end, I was left to reflect on what I would want in the face of my own death,’’ Brown wrote. “I do not know what I would do if I were dying in prolonged and excruciating pain. I am certain, however, that it would be a comfort to be able to consider the options afforded by this bill. And I wouldn’t deny that right to others.”

The Catholic church, which operates hospitals in California including the St. Joseph Healthcare system, had been instrumental in preventing physician-assisted suicide laws in California in the past, including efforts by former North Coast Assemblywoman Patty Berg.

The Journal featured a story about the most recent efforts to pass the law, which just proved successful, earlier this year.