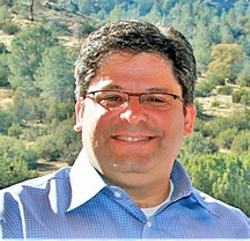 Former Eureka City Manager Bill Panos just got a promotion and is now the interim director of the Wyoming Department of Transportation.

Panos, who brought high hopes to a city reeling from internal strife, left Eureka in 2013 after just 9 months on the job, taking a position in the Wyoming School Facilities Department. In his wake, he left a memo critical of city department heads, including counsel Cyndy Day-Wilson. That memo became the subject of controversy when it leaked to city employees. Former Councilman Lance Madsen signed an affidavit on his death bed alleging that Day-Wilson leaked the memo and lied to him about it.

Panos declined to comment on his "reorganization memo," and the city has never released the letter.