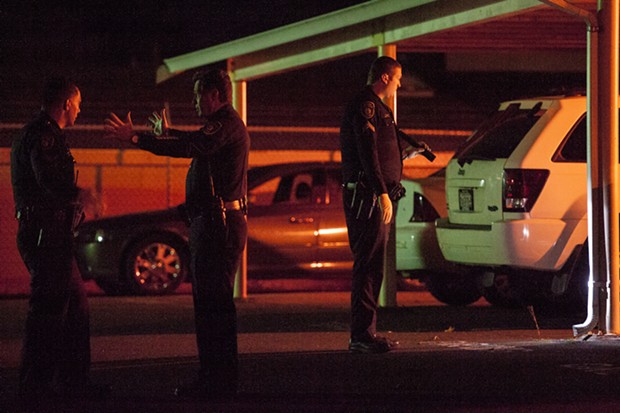 Capt. Steve Watson says his department has identified the 31-year-old man killed near Hammond Park on Saturday night as Elliot Michael Walin. A second man admitted to the hospital with a gunshot wound has been confirmed as connected to the case.

Walin was arrested in 2013 after allegedly running over a sheriff deputy’s foot in a high-speed chase. He was found hiding in a storm drain and arrested on outstanding warrant charges and suspicion of attempted murder, assault with a deadly weapon, resisting/obstructing an executive officer, evading a police officer and resisting arrest. Sheriff Mike Downey later held a press conference with details of Walin’s charges and alleged that Walin was a member of the Aryan Nation. 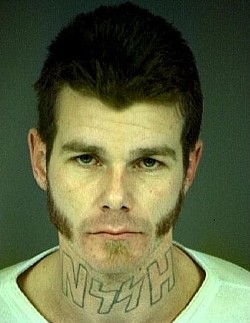 Watson says the department is “increasingly gaining an idea of the motive,” and had a “number of solid investigative leads” but could not release information at this time. He also says the shooting was not related to the Sept. 5 shooting of Dax Edward Clay-Brown at Hammond Park, nor did it appear to be gang-motivated.

The Eureka Police Department is investigating a shooting that left an unidentified man dead last night.

Officers responded to a call of shots fired shortly before 10 p.m. to the vicinity of F and Watson streets and arrived to find an adult male with a gunshot wound. The man was transported to a local hospital, where he was pronounced dead. Another man was also checked into the hospital last night with an apparent gunshot wound, though it remains unclear if the two cases are related.

EPD is asking anyone with information about the shootings to call the department at 441-4060.

Last night's homicide is the 39th in Humboldt County since the start of 2013 — the deadliest three-year period in at least 30 years — and the 12th so far this year. After recording a record 16 homicides last year, the county is on pace to finish with 13 this year.

On 10/24/15, at about 9:55 PM, Eureka Police Department officers responded to the report of shots fired in the vicinity of F and Watson Streets. Upon arrival, officers found an adult male victim in the street with an apparent gunshot wound.

The victim was transported by ambulance to a local hospital where he was later pronounced deceased. Officers subsequently learned, after he arrived at the hospital on his own, another male had also been shot, possibly during the same incident. He is expected to survive. 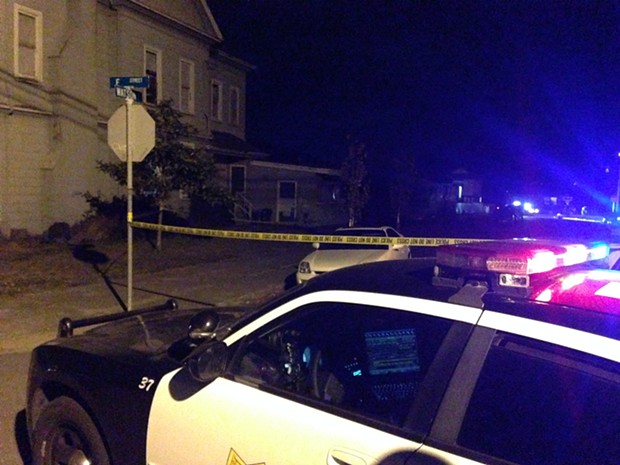 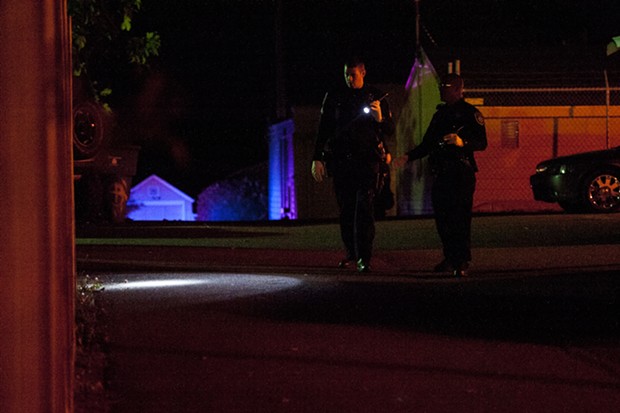